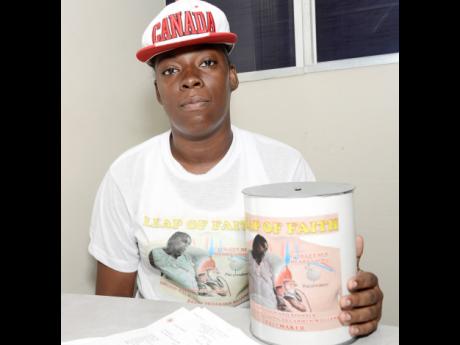 Kerry-Ann Angus is seeking help for her mother to do heart surgery. 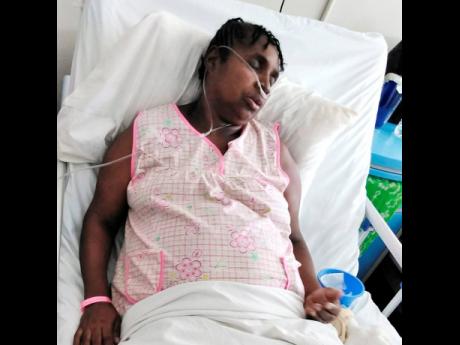 The look of frustration was evident on Kerry-Ann Angus' face when she spoke to THE STAR earlier this week. The 23-year old, who had a metal container covered with her mother's picture, had been begging monetary contributions all day with very little success.

She told the news team that she has been trying to raise the US$5,000 (J$650,881) that is urgently needed for her mother, Carmen Williams, to do heart surgery. However, Angus said that she doesn't see a way out.

Currently a patient at the University Hospital of the West Indies (UHWI), Williams, 58, is suffering from a heart disease and is in need of a pacemaker.

"My mother is a strong black woman, and to see her in this condition pains my heart. She has always been the breadwinner for us and has been our backbone, but now she is almost helpless, and it's stressful. I would do anything to see her back on her feet again," Angus said.

Angus said her mother appeared to be in good health until November 2017 when she had a massive heart attack.

"Her health has not been the same since. She has been in the hospital every single month since the heart attack. She was admitted at KPH (Kingston Public Hospital), but for the past two weeks she is up by UHWI. Right now, the only way for her to get better is the pacemaker because the doctors have told us that her cells are closing down because they are not getting enough oxygen and blood," she said.

In addition to the US$5,000 that is needed for the pacemaker, Angus said that her mother has a mounting hospital bill of more than J$1.2 million and was advised by the medical facility that at least 80 per cent of the outstanding fees need to be cleared before the operation is done.

"I am asking everyone who gets a chance to read this article to donate. Even if is a dollar, we are appreciative as times are hard, so money is rough on everyone. I just want my mother to get better because I hate seeing her like this. We do not see a way out at this time, although my mother condition worsens by the minute. Please help us," Angus pleads.