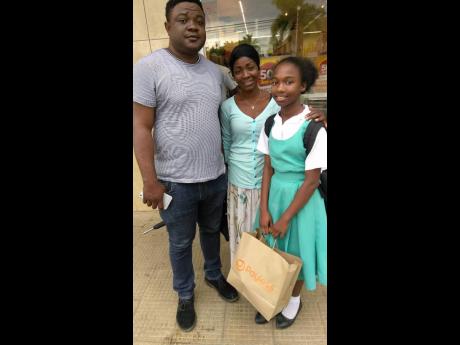 Although he recently resigned from his post at the Jamaica Constabulary Force (JCF), former police corporal Christopher James says that he still sees the need to serve the Clarendon community outside of his uniform.

Through his May Pen based-company, Chiks and Korn, James has donated 300 chickens, along with feed, to three residents of Effortville, a tough community blanketed by crime and violence.

"I have spent years working in that community. I know every crevice and corner of 'Farm', and I do know that it is a very volatile area. I have seen their struggles and the impact that crime has on their lives. Despite all of that, there are a lot of residents who just want a head start in life. And, although I couldn't assist everyone, I did what I could for three of the residents," James said.

This is not the first time that the former cop has attended to the needs of the community as he also recently covered the school expenses of Jane Maragh, a student of Denbigh High School.

"It's hard to say no to (philanthropist) Otis James of James and Friends Foundation, and it is even harder to overlook those who are facing challenges. It warmed my heart to sponsor the child. She is also from Effortville. I really have a close connection with that area and will always do whatever I can," he said.

He added that giving back is also his way of "paying it forward", especially since he also got assistance from others during his formative years.

"Anyone who said that they never received assistance from others is not being honest at all. Persons have helped me along the way, and I intend to do the same way," James said.

The former cop is also encouraging others to lend a hand whenever possible.

"Sometimes the smallest gestures ease the heaviest burdens, so try and put a smile on someone's face as much as you can," he said.