50 years of marital bliss - The Westcarrs celebrate their golden anniversary 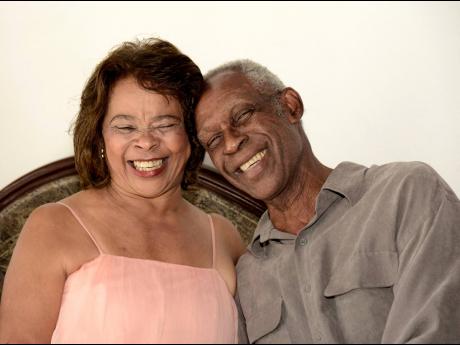 Herman and Eulie Westcarr were all smiles. 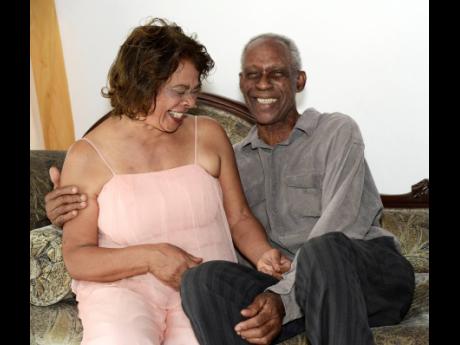 Herman and Eulie Westcarr cracked several jokes during the interview. 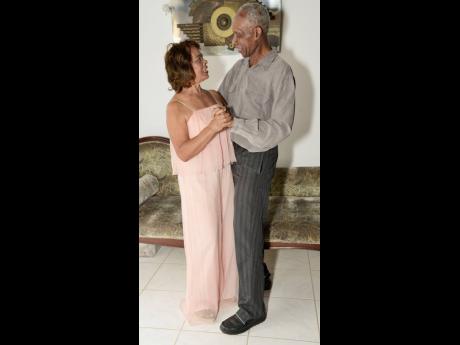 Herman and Eulie Westcarr stare into each other’s eyes.
1
2
3

Fifty-five years ago when Herman Westcarr met Eulie, he broke the ice with a joke and won her heart shortly after. Now, as the couple celebrates 50 years of marital bliss, the atmosphere is no different, as they often tease and humour each other.

"I was a young policeman working at Central (Police Station), and she was going to nursing school. I decided to approach her the second time I saw her. She was playing skittles at a shop/bar, and I went up to her and asked her if she was jealous. She asked me why I said that, and I told her that only jealous persons sweat on their nose, and we had a laugh about it. From all indication, she thought I was irresistible, and she just couldn't help herself," Herman said, as his wife laughed while poking him in the side.

The two began to go on regular dates, which saw them making stops at the movies and a club called Rhapsody on Orange Street, Kingston. They moved in together at Roxborough Avenue, Kingston 3, in December 1968. Three months later, they were married by Reverend Cleve Grant at the Church of God of Prophecy on Constant Spring Road, St Andrew. In 1979, the couple relocated to their present address in Stony Hill, St Andrew, where they raised three kids.

During the interview, Eulie learnt that she did not get the 'wife' title before the Jamaica Constabulary Force did a background check on her.

"Back in the day, you would have to submit the name of the person that you plan to marry. You would have to make an application, and the superiors would do their background checks. Once everything was OK, then the green light for marriage would be given. My Eulie passed with flying colours," he said.

The couple, who are both in their '70s, said that their journey was not always blissful, but they decided to work through their problems.

"The first year of marriage is most likely the hardest for anyone, and they always say if you remain together for seven years, chances are you can overcome anything. It takes a lot of understanding and trust. We both came to understand that marriage is a lifetime institution," Herman said.

Unlike some women, Eulie admits that she is aware that her husband had cheated on her, but she said that it did not break their bond.

"Him was the gal dem bwoy, man" she said, before erupting into a fit of laughter.

"He had certain time that he usually comes home, so whenever he comes home late, I would say to him that he went to visit his other woman. He has cheated before, but we got over that. Things happen, and we both choose not to hold on to them forever or else we would lose our happiness," she said.

Herman's eyes got misty as he referred to his wife as his lifesaver.

"In 1998, I was being treated for anaemia and malnutrition, but she knew different, as she is very high on nutrition. She kept telling me that both doctors had made a wrong diagnosis and told me to get a third opinion. Turns out I had colon cancer, and if it wasn't for her, I would not have done the necessary operation to remove the cancerous cells. Chances are, I would be dead. She is my lifesaver," he said.

Herman is a retired superintendent of police, while his wife gracefully left the medical field last year. And, as they celebrated their golden anniversary earlier this month, the two said that they still try to keep their marriage fresh.

"We go on island tours and take small vacations. We like to dance, so we would sing some Beres Hammond tunes to each other and just find fun ways of keeping ourselves happy. We also understand that no two persons are the same, and sometimes we have to meet each other halfway. I don't believe in a woman being submissive to her husband. I believe it should be equal, and women should be given a fair chance, although most of the times she always gets her way," Herman said. Eulie jokingly replied that she was indeed the bigger boss.