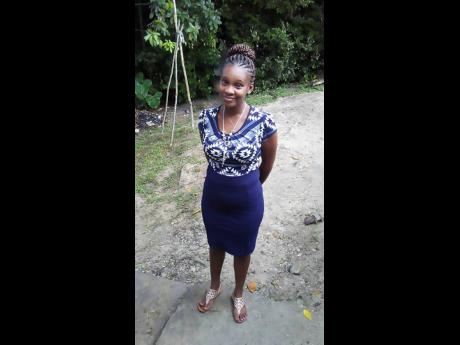 The sister of missing St Mary woman, Tiffany Murray, says she is uncertain if the 27-year-old was found in Mexico as reported by one blog site.

"We have not been contacted by the police or anything so we can't say if this is so or not. I really don't know what to thin,k but a part of me wants to think that it is true because this way I know that she would be alive," said Alicia Murray, Tiffany's sister.

Murray, who hails from Palmetto Grove, was last seen on March 16, as she left home to seek a job at a St James hotel.

She, however, called her sister later that evening to say that she would be returning home because there was no hotel in St James that matches the name Moonlight Hotel.

In the meantime, Alicia said that they will leave no stone unturned as they continue to search for Tiffany.

She also added that the family remains very optimistic that Tiffany will be found alive soon.

The family is also offering a $600,000 reward for any information that leads to her safe return.

THE STAR made contact with Carl Berry, deputy superintendent of police (DSP) of the Anti-Trafficking in Persons Unit, who says that he has not seen the article posted on the site, while adding that the matter is too sensitive for him to give a comment.

Anyone who may have seen or known the whereabouts of Tiffany Murray is being asked to contact the Coral Gardens Police Station in Montego Bay at 876-953-3665 or 119.