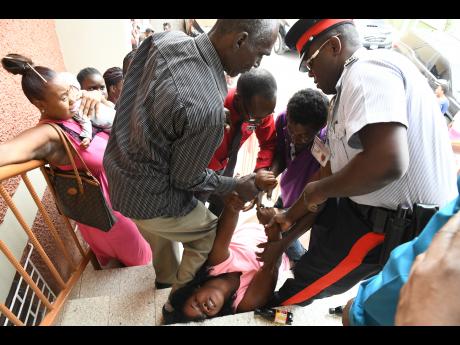 A policeman and civilians assist a mourner who fainted during Shante Skyers' funeral. 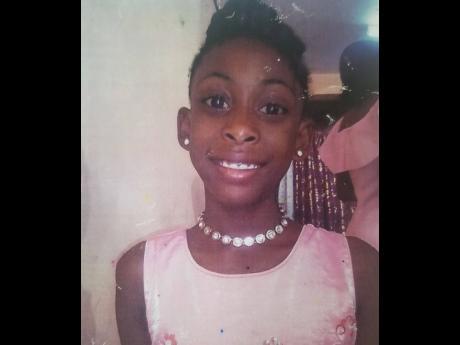 Several mourners, including West Rural St Andrew Member of Parliament Juliet Cuthbert-Flynn, had to be assisted at the funeral for Shante Skyers today, as they were overcome with grief.

The service was held at the Meadowvale Seventh-day Adventist Church.on Red Hills Road.

The proceedings, which got under way shortly after 1 p.m., had emergency personnel working around the clock to revive some mourners who fainted.

THE STAR gathered that six persons, five females and a male, fainted during the service.

Cuthbert-Flynn had to be assisted towards the end of her teary tribute.

Skyers' grandmother also had to be assisted, as she was among the first to faint.

The church was filled to capacity and the heat may have contributed to the unease being experienced.

Shante went missing on April 11 and was found dead in her community of Sterling Castle Heights on April 16.

The grade three student disappeared after she was last seen walking from school through a popular but lonely pathway that leads to her home.