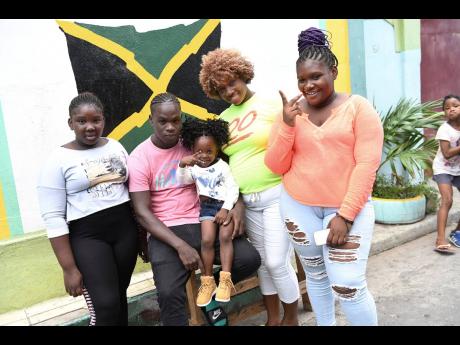 Three-year-old Abia poses with her relatives. 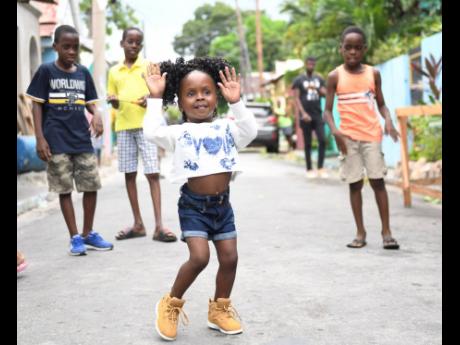 Abia is known to get lots of attention when she starts dancing. 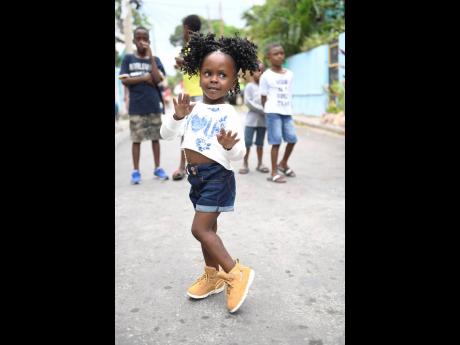 Abia gained popularity on social media when she was seen dancing to Kemar Highcon’s ‘Talk Bout’.
1
2
3

Three-year-old Abia Gibson is the embodiment of everyone's dream 'mood' for the summer.

Hailing from John's Lane, Kingston, the toddler, who is affectionately known as 'Bumbadum', has captured the attention of many with sure-footedness, that is similar to one of Ding Dong's Ravers Clavers members.

A video of the tiny babe dancing to Kemar Highcon's hit song, Talk Bout, has been spreading throughout the local social media community, snagging spaces on popular Jamaican blogs and personality profiles.

The naturally gifted dancer may have got her skills from her mother, Waynian, who thinks the talent was passed down through her own actions in the early stages of her pregnancy.

"Early on, when I didn't know I was pregnant, I was still dancing in band - going to rehearsals every day," she told THE STAR.

In another video obtained by THE STAR, Abia is seen following her mom's instructions - easily changing her dance steps, staying on the rhythm the entire time.

The footage was captured and shared by her uncle, Bigga - who has long coined the budding dancer's stage name.

"Bumba Ravers! She can do every dance enuh," he said proudly, grinning from ear to ear.

He said that Abia would often watch her mother practise dance moves, before surprising everyone with an impressive, impromptu performance.

By all accounts, Abia is as vocally expressive as she is kinetically. Uncle Bigga recalled that after she wrapped up one of her regular spectacles on the lane, she said to him: "You know how long mi a prastice dat?"

Despite the long accepted notion that dancehall is not a space for children, the family is not perturbed at Abia's exposure to the music. Instead, they see the next generation demonstrating a talent they believe she will be able to capitalise on in the future.

"It show us her natural talent. She can dance and sing. It's like she can do theatre. Dancehall doesn't have to be negative. It shows us that," her grandmother Sheryl told THE STAR.

For Abia, dancehall may turn out to be her gateway to greatness. Already, the tiny tot caught the attention of this summer's 'sauciest' dancehall entertainer, Kemar Highcon, who reposted the cute video, declaring Abia a winner. A quick scan through the comments section will reveal a blur of fire emojis and applause. The family intends to send her to dance classes, and have her take on the art form as an extra-curricular activity, just like her mom.