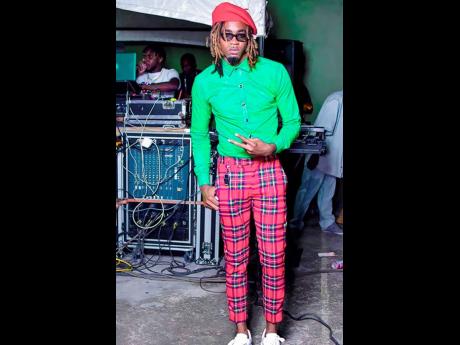 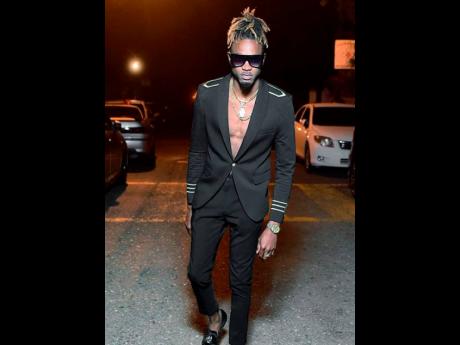 On-the-rise deejay Sus Boss was born to entertain. From singing at the preschool level to dancing while attending Excelsior High School, the 30-year-old has never dismissed his love for the performing arts. Interestingly, his musical journey has not been linear, with the entertainer modelling for a brief period and dabbling in the hospitality field.

Now a waiter/mixologist at wine and cheese eatery Uncorked, Sus Boss is determined to stamp his name in music industry.

"I work on shifts, so if I have an evening shift it works out, cause mi like fi voice at night time when the place is quiet and my mind is at ease," he told THE STAR. "On my way to the studio I listen to the rhythm and write my songs, so as mi reach studio mi go voice. Mi nuh know how mi do it, but mi mek it work."

His schedule is also shared with his gig as a party promoter for Suspension Family, the umbrella under which he earned his name. Known for his leading nature, engaging personality and knack for 'taking the mic' at events, his crew started calling him 'Suspension Boss'. It wasn't long before people noticed his natural performance skills and recommended that he pursue music. His debut single, Look, was released four years ago, and was followed by Dem A Look, featuring Chi Ching Ching.

"People have been loving the music, and me always ensure seh all my songs can be listened to by kids, and me keep it a way so everybody enjoys it," he said. "Regardless of where my journey takes me, I will always be involved some way in music, if mi nah go be a deejay, mi a go be a producer. Mi a try fi build a legacy weh mi can pass on to my two sons."

Raised in west rural St Andrew, the deejay (given name Greg Pusey) attended HEART Trust/NTA, where he pursued hospitality and tourism. While working at Studio 38, located at Pulse Centre in New Kingston, a colleague suggested that he try modelling.

"Mi go to the auditions and they had me do a fashion show, where I placed in the top 10 so I automatically got a contract with them. I did Caribbean Fashion Week after, but mi leave out the modelling thing cause it wasn't my calling, and yuh haffi keep your body on a specific level."

He is now gearing up to release An Wah Again, produced by Team Upgrade Production Music.

n Interesting Facts: Wanted to be a chef. Describes himself as calm and clean.