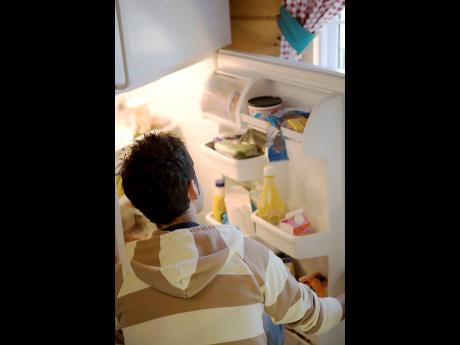 A St Andrew woman is convinced that people are breaking into her house, eating her food, and even taking showers when she's not there.

"They are shifting my windows, that's how they gain entry. They also come through the roof of my house," she said.

The woman said that currently her house is in shambles because when she leaves home daily for work, she comes home to find a wet bathroom and dirty kitchen.

She said that she is afraid to tell the police because she does not know who is doing this.

"I don't even think it makes sense to fix back the house now because once I fixed back the window and when I got home, they took it out and entered my home," she said.

The middle-aged woman said she cannot cook and leave anything on the stove or in the fridge because by the time she gets home in the evenings, everything is gone.

"I don't even cook and leave it anymore because this is very overwhelming. I don't know why people would want to do this. I don't understand it," she said.

The news team realised that it was not hard to gain entry to the premises as the gates did not have any form of locks.

There were evident cracks and holes alongside the building and the house was surrounded by bushes.

The woman said the 'break-ins' started more than a month ago and she believes people in the community know who is entering into her house; but she said that no one is willing to speak about the matter.

"Right now I think there is so much unscrupulous people living here because this is supposed to be a quiet and safe community and this is happening. I am tired of this," she said.