Mother pleads for her daughter’s return 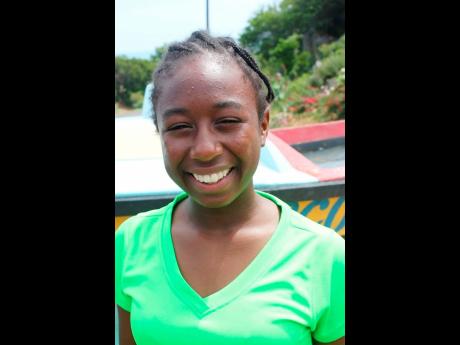 Last Monday, Ava Tomlinson got a devastating call that her daughter, 15-year-old Swain Miller, had not returned home.

Since then, she has been trying to put the pieces together as to where Swain could be.

She is asking anyone who has any information about her whereabouts to call her as the family has been broken since that day.

Swain, who attends the Central High School in Clarendon, was said to be at school all day on Monday. She left but did not make it home.

"It has been traumatic. It is the first time she has ever been missing. And I am not aware of her behaving so erratically. She is not a talker, but she is also very observant. It is not something that would be in her character to just get up and disappear like that," she said.

The mother of two said that Swain's brother is trying to be strong, but she knows he is hurting and that he misses his sister.

"He spends a lot of time in her room, and he wears her badge because last year, she was a student counsellor. She went missing on Monday, December 9, but when I went to her school and met with the teachers, they said she was there all day. She was supposed to do exams, and she went to verify some information. I don't see anyone just tek up themselves and disappear like that when they have exams," she said.

Tomlinson said that she is trying to be strong for her 11-year-old son as they go through this trying time.

She told THE CENTRAL STAR that she is hoping for the safe return of her daughter.

"Anyone who has any information about her whereabouts or anyone who has her, please call. I don't want her to face the world alone. We love her and we care about her," she cried.