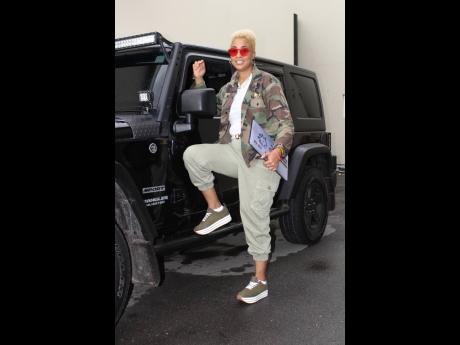 Before she was DJ Sunshine, this fascinating woman tried to become an architect. ... but when she got accepted into university, there was no money. 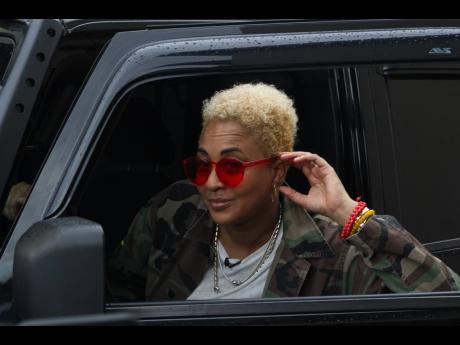 She works on the radio as a disc jock on weekends, and during the week she manages a construction site and a busy store in Sovereign Village. 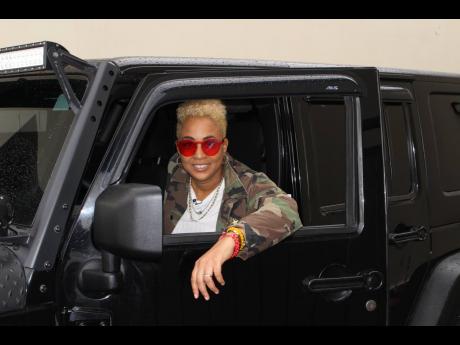 There was a time when DJ Sunshine’s job was a used car parts saleswoman, much to her mother’s dismay. 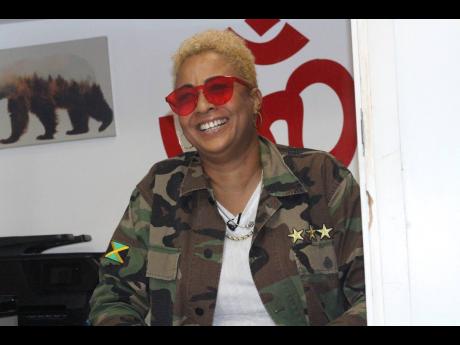 After making her name doing house parties, DJ Sunshine stepped into the big leagues by spinning for Jenny Jenny on her morning show, free of cost. 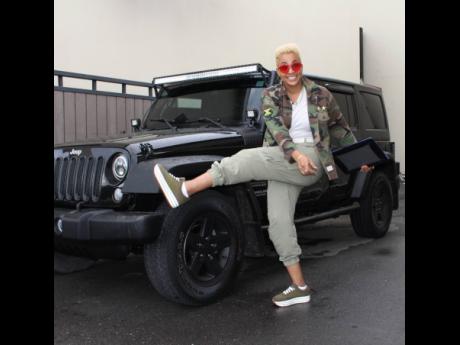 DJ Sunshine is not just a DJ. She is a businesswoman with a staff of 30 employees spread across construction, music and other industries.

With so many responsibilities on her plate, The STAR had to catch this Life of The Party on the go. After spending the weekend in Ocho Rios for her weekend job on Irie FM, DJ Sunshine made her way to Portmore to check on a construction site that she manages, and then to her other day job, as manager of a busy store in Sovereign Village.

"At times, I feel overwhelmed, but I know I'm very blessed. If I wasn't able to do it, it would be another story. I would be on the floor. But I'm able to do it because I try to eat well, I try to exercise, and it's fun," she said.

Among other things, DJ Sunshine has been spinning records for about 20 years. Before she became one of the islands' most recognisable radio personalities, a young Katrina Irons, as she is christened, tried to become an architect. She studied the discipline to college level, but when she got accepted into university, there was no money.

"My mom was a single parent. I was in Florida, so I had to come back home," she shared. On her return, Katrina's hustling spirit took the controls, and she found a job selling used car parts, to her mother's dismay.

It didn't take too long for her to find music. She called it 'fooling around', but her skill was apparent, and a passion ignited.

"We used to have house parties, and I'd be the unofficial deejay after a while." Katrina customarily took over the home component sets, back in the day when people loaded CDs and let the whole song play. Eventually, she invested in a CD deck and actually got hired for a party.

After some more house parties and a handful of gigs under her belt, DJ Sunshine built a reputation that caught the right person's attention, the person who would open the first door to a career disc jockey.

First, she was introduced to Carlene Walters, a brand manager who was charged with the responsibility of introducing Magnum Tonic Wine to the partying public. Carlene introduced Katrina to media stalwart Jenny Jenny.

"And the first time I said my name, DJ Sunshine, Jenny Jenny laugh at me! Then she offered me a job to spin tunes for her on her morning show, free of cost. But I saw it as an opportunity," she told The STAR.

After doing that for a while, she got hired to play at Harry's Bar, off Constant Spring Road. "Magnum was doing some promotions and I was the DJ. That was when Magnum just start. I was there, and that was where I got discovered by the marketing manager of Irie FM, Brian Schmidt," she shared.

Soon after meeting Schmidt, DJ Sunshine booked a regular night shift, then two - until she landed three day shifts playing on live radio. With the convenience of a 2 p.m. to 6 p.m. workday, DJ Sunshine got time to hit the road and really learn about the dancehall.

"I wasn't allowed to go to parties in my teens, not regularly. If I go this week, I cyaa go next week. But there were times now, when mi get weh. And I don't know what happened. It's like the music would take over my entire life. When you hear it, it takes you to this land, and you just go in your own little zone. So I think, over the years, because I feel the music like that, there comes the longevity," she shared.

In addition to playing for audiences, DJ Sunshine also produces music for her own label, Yellow Moon Records. I didn't do much this year, because I was involved in other different projects and developments in others areas. Over the years, different opportunities come. I think I'm a business head. I'm what you'd call an opportunist, in a good way!"

And by all appearances, there is no slowing down for the multi-faceted businesswoman and entertainer.