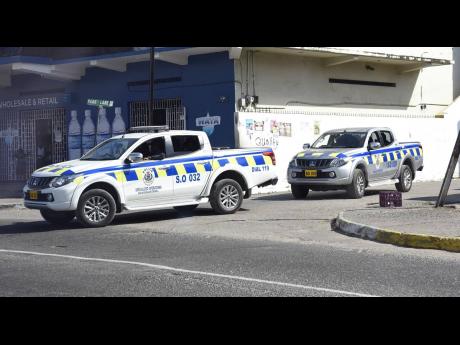 Business operators on Red Hills Road in St Andrew believe that the upsurge of violence in the area is to be blamed for what they consider a drastic decrease in sales.

Pinky, who operates a bar on Park Lane, told THE STAR that recent killings have resulted in slow days for her business.

"We have to close early because we are here by ourselves. From it touch 4:50, 5 o' clock, you can play football inna the middle a di road cause it come like the traffic a divert off a Red Hills Road," she said, while attending to the only customer she had. "Usually I'm here up until eight in the night. On the weekends, I go up a little later. Yesterday (Tuesday), I left at 7 o' clock because nobody was here from 5 o' clock. Nobody not coming out. Nobody knows what is next or who is next."

Kenneth, who has a shop on the same road, said he had to close early because "Nobody nah come round a dem place yah again".

"The people dem fraid and we fraid too! We done nah get customer already and more while when me in here, me wah draw dung the shutter ... and di few likkle people a go think seh we lock," he said timidly, hiding behind his cash register.

Late last month, two women were chopped, one of them fatally, in a home attack. On Tuesday, a man was shot and killed in the vicinity of the Red Hills Mall.

One resident says she is terrified of leaving her house at nights.

"Me not even wah seh we need more police inna the place, because police nah do nothing more than bother people. And di likkle jerk chicken man dem weh we support pon a Friday and Saturday night when nobody nah cook soon stop come out. It nuh worth it ... Earth a run red inna Red Hills, I swear," she said.