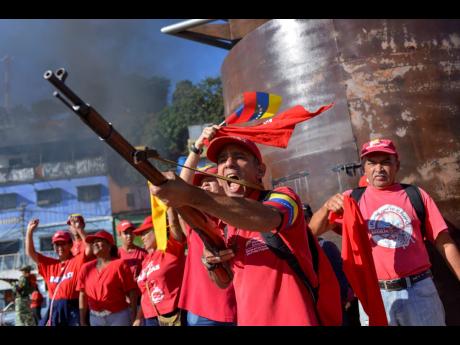 A member of the Bolivarian National Militia brandishes a rifle during an invasion drill in Caracas, Venezuela, on Saturday. 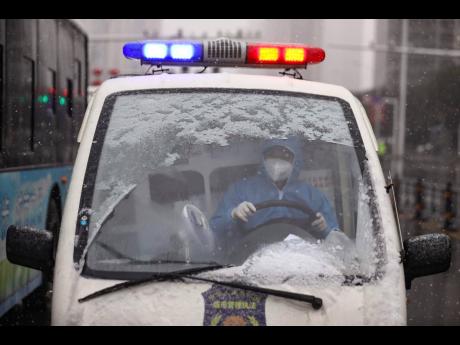 A driver transfers patients at a tumour hospital newly designated to treat COVID-19 patients in Wuhan in central China’s Hubei Province on Saturday. 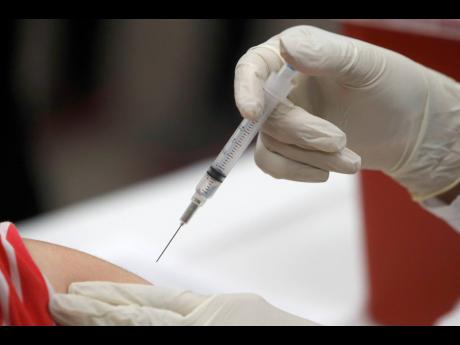 The U.N. humanitarian coordinator for Yemen, Lise Grnade, said the air strikes in al-Maslub district killed at least 31 civilians and wounded 12 others, according to preliminary field reports.

The attack came hours after Yemeni rebels, known as Houthis, said they shot down a warplane of the Saudi-led coalition over the province of Jawf.

Saudi Arabia’s state-run news agency quoted Col. Turki al-Maliki, a spokesman for the coalition, as saying it was investigating “possible collateral damage” from a rescue operation in the area after the downing of the Tornado warplane late Friday.

Venezuela’s armed forces and civilian militias took the streets in cities, beaches and border regions on Saturday for drills ordered by President Nicolás Maduro, amid tensions between Washington and Caracas.

Despite the manoeuvres, there are no indications that the U.S. plans any military intervention in Venezuela. Washington has focused on political and diplomatic pressure in its efforts to oust Maduro, only saying last year that it had not ruled out a military option.

Maduro called for the exercises as he comes under pressure from the U.S. and dozens of other nations backing a year-long campaign by opposition leader Juan Guaidó to force the leader from power.

Residents in a pro-Maduro slum in Caracas participated in the exercises. They included a growing number of civilian militia members recruited by a cash-starved government that is struggling to keep Venezuela’s shattered economy afloat.

“I answered the call to help prepare for our defence because my country, my homeland, is under threat from the U.S. empire,” said militia member Pablo Antonio Reyes, a 63-year-old electronics technician.

A music fan has been reunited with a cassette she lost on holiday 25 years ago after spotting it at an exhibition.

Stella Wedell was 12 when she took the tape on holiday to Spain. It washed up on a beach thousands of miles away and was spotted by artist Mandy Barker, who had the tape restored by an expert at Plymouth university and included it in her exhibition.

Mandy said: “It was an outstanding chance for Stella to walk into my exhibition and recognise her tape.”

Stella, from Germany, admitted that seeing the exhibit – the tape and a playlist – rang a bell with her.

She explained: “When I was reading the tracklist, it seemed very familiar to me. I always made tapes from my CDs at this time to listen to them with my Walkman, especially for holidays.

“I took a picture of it and compared it with the original CD, which I still have – and it was exactly the same tracklist, but starting with track three. I remember that I didn’t like the first two songs on the CD because I felt they were too old so I wouldn’t have included them when I recorded the tape.”

Worst flu season in a decade

A second wave of flu is hitting the U.S., turning this into one of the nastiest seasons for children in a decade.

The number of child deaths and the hospitalisation rate for youngsters are the highest seen at this point in any season since the severe flu outbreak of 2009-10, health officials said Friday. And the wave is expected to keep going for weeks.

Experts say it is potentially a bad time for an extended flu season, given concerns about the new coronavirus out of China, which can cause symptoms that can be difficult to distinguish from flu without testing.

More than 100 Germans evacuated from the hard-hit Chinese city of Wuhan, the epicentre of a new coronavirus outbreak, were set to end their prescribed 14-day quarantine period yesterday.

They have been kept isolated at a military base in the southern town of Germersheim. None of them have tested positive for the disease, German news agency dpa reported.

The viral outbreak that emerged in China in December has infected more than 69,000 people globally, killing 1,665 people in mainland China and five others elsewhere. The World Health Organization has named the illness COVID-19.