ONE-MINUITE READS - News from around the world 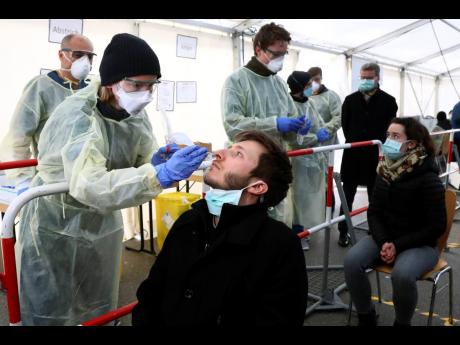 Medical employees demonstrate testing, at a coronavirus test center for public service employees, during a media presentation in Munich, Germany on Monday. 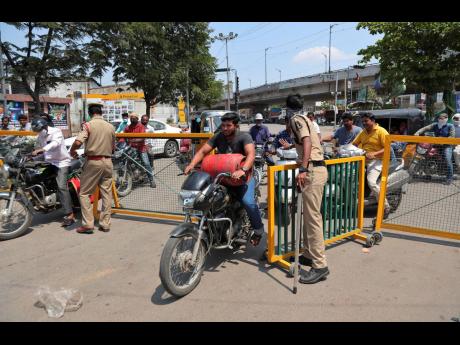 Indian police block a street to allow only people with essential need to travel during a lockdown as a precautionary measure against COVID-19 in Hyderabad, India, yesterday. Authorities have gradually started to shutdown much of the country of 1.3 billion people to contain the outbreak. For most people, the new coronavirus causes only mild or moderate symptoms. For some it can cause more severe illness. 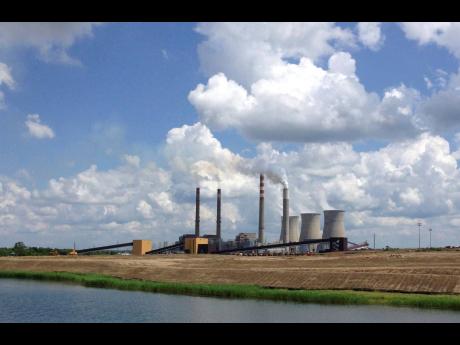 ** use Indian Police as stand-alone***

Rights groups and citizens are calling on Ethiopia's government to lift the Internet shutdown in parts of the country that is leaving millions of people without important updates on the coronavirus.

The months-long shutdown of Internet and phone lines in Western Oromia and parts of the Benishangul Gumuz region is occurring during military operations against rebel forces.

"Residents of these areas are getting very limited information about the coronavirus," Jawar Mohammed, an activist-turned-politician, told The Associated Press.

Ethiopia reported its first coronavirus case on March 13 and now has a dozen. Officials have been releasing updates mostly online. Land borders have closed and national carrier Ethiopian Airlines has stopped flying to some 30 destinations around the world.

A ruling party official in the Oromia region, Taye Dendea, on Sunday posted on Facebook saying that "tourists and other foreigners are not travelling to these areas because of the security problem that exists there, so there's little chance that the virus will get there".

President Donald Trump tried to stop it from happening. The top Republican in the Senate, Mitch McConnell, did too.

Despite their best efforts to make good on Trump's campaign promise to save the beleaguered coal industry, including an eleventh-hour pressure campaign, the Tennessee Valley Authority power plant at Paradise burned its last load of coal last month.

The plant's closure -- in a county that once mined more coal than any other in the nation -- is emblematic of the industry's decades-long decline due to tougher environmental regulations, a major push towards renewable energy and a rise in the extraction of natural gas.

The shuttering of businesses nationwide and a reduced need for energy amid the global coronavirus pandemic threatens to deal coal yet another devastating blow.

"It's not just one 1,000-megawatt unit closing; they're going down all over the place," said John Rogers, a former mine owner who lives in western Kentucky near the Paradise plant, located in Muhlenberg County.

A man who allegedly disguised himself as a delivery driver before stealing 29 unused coronavirus test kits from a Tucson health centre last week has been identified, police said Monday.

The name of the suspect wasn't immediately released and police said their investigation into the incident was continuing.

Police said a man entered the El Rio Health Center building about 8 p.m. Friday and took the tests as employees were closing for the night.

Security video captured the man fleeing in a vehicle.

Police said the stolen kits have since been replaced and are essentially useless to the suspect because they can only be tested in a private lab equipped with the proper tools for testing and reading results.

But police said the theft took 29 testing kits out of the medical field for needed testing in the future.

Germany leads the world in bail-out response to crisis

The German government on Monday approved a massive new package of measures to cushion the devastating effects of the virus outbreak on the economy, bringing the total aid on offer to more than 1 trillion euros (US$1.1 trillion).

The assistance includes money to tide small companies and individual entrepreneurs through the closures that have frozen business activity, and to pump capital into bigger companies where needed.

The new measures massively bolster a previous pledge of at least 460 billion euros (US$492 billion) in loan guarantees to help Europe's biggest economy handle the fallout of running down public life to a minimum.

The measures amount to more than 30 per cent of GDP, making the package "one of the largest around the world and the largest in the country's history", according to Oliver Rakau, chief German economist at Oxford Economics.

"This is a much broader response than only a week ago, and means Germany leads the world in terms of the speed and scale of its fiscal response so far."