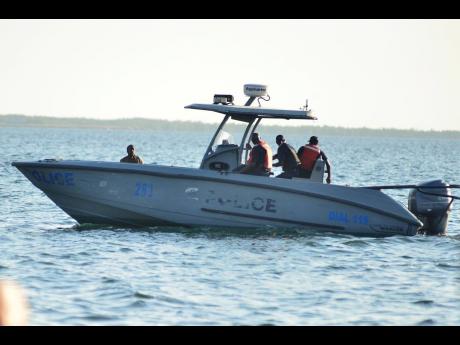 Marine police take a fisherman away in the vicinity of the Rae Town Fishing Village yesterday. 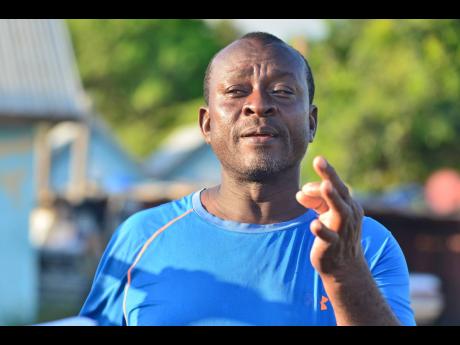 Clifton Gayle said that the curfew is hampering their ability to catch fish at this time.
1
2

Yesterday, fishermen at the Rae Town Fishing Village were not in a merry mood as they usually are the day before the Easter holidays begin.

A group of persons gathered on the fishing beach looked on angrily as the marine police arrested two fishermen who had tried to evade them by riding the waves from the Kingston Harbour to Rae Town. Fishermen said they are confused about the curfew hours.

"Mi really waan know wah time we supposed to come off a di sea because we thought it was 8 p.m. but is after 5 now and see dem gone with the man dem deh and is fish the man dem a fish. Is not like we a pirate a rob anyone a sea," said one fisherman.

"The Government say the country must lock down 8 p.m. but we never get any specific time as to when we must come off the sea because sea and land a two different thing. Dem (police) supposed to protect the nation and we supposed to save the nation, but dem a treat we like criminals," he added.

After securing the fishermen, the police quickly whisked the men away in their vessel.

Another fisherman, Clifton Gayle, said that he fully supports social distancing but stated that they are not at risk while they are on the seas.

He said that the COVID-19 pandemic had already left them struggling for customers, but placing restrictions on them is making the situation worse.

"We know corona deh bout but no 10 man nah go sea together is just two and we boat deh far from di other boat dem, so it impossible for us to carry back in any virus or anything," he said.

After the Easter, the nightly curfews will run from 9 p.m. to 5 a.m. commencing on Tuesday, April 14.

Gayle stated that the curfew does not work in their favour as it is more resourceful to throw their nets at night, as the catches are better when the sun is down.

"Right now a peak time because a Easter now and every fisherman look towards this time a di year. Fish have different time to come up so right now is almost 6 p.m. and we nuh gone a sea yet because the tide still high so we have to wait until it go down. By the time we done fish, all 9 p.m. we a go deh a sea. Dem say corona deh a road and dem run we off and now we go sea and police still a run we," he said.