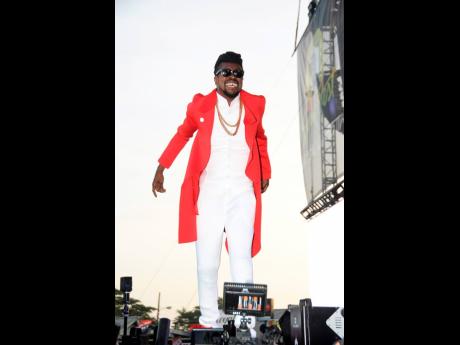 Grace JerkFest is going virtual this year, and will be continuing the tradition of giving back to the community. The two-day event will take place on August 8 and 9, and will be carried live on the Internet.

Anthony Plummer, executive director of the festival, said making the adjustment to stage the event virtually, due to COVID-19, is an important development.

"We are extremely excited to bring to our Grace JerkFest family an amazing virtual experience as we adjust to the times we are living in right now," Plummer said. "However, by moving the entire festival to our website, we are actually going to be reaching a wider audience and giving more people a taste of the culture, music and food."

The event organisers said that donations will be encouraged during the broadcast, and that the funds collected would go to the North York Harvest Food Bank, The Knights Table and Agincourt Community Services.

Meanwhile recording artiste Beenie Man, one of the hottest reggae performers, has been named as headline act for this year's festival. Opening up for him will be the 'Queen of Soca', Alison Hinds, from Barbados. Jamaica's fast-rising songbird Lila Ike and Grammy-nominated reggae singer Jah Cure are also booked to perform.

TD Ready Commitment, sponsors of the festival, said that with the event "being virutal this year, it opens the door for all Canadians to take part in the experience".

"GraceJerk Festival has brought people together for two decades, and we're thrilled that the organisers have overcome current challenges to connect new communities across Canada and beyond through its virtual version," said Naki Osutei, an associate vice-president of the company.