Bro Gad brings out the Clarks for election call 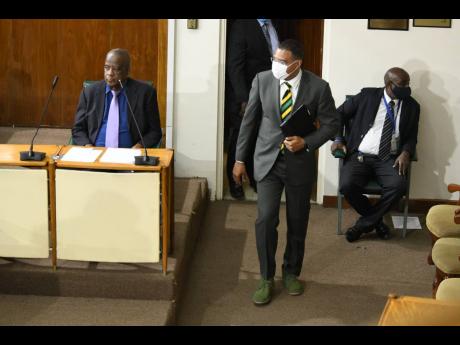 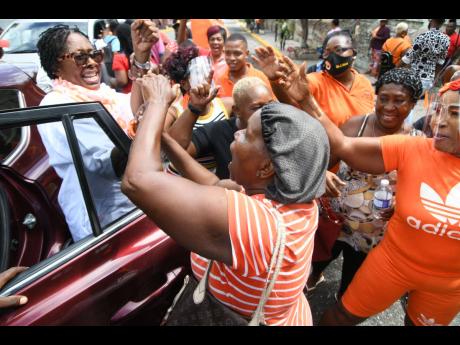 It is no secret that Prime Minister Andrew Holness is a Clarks man. The Jamaica Labour Party (JLP) leader has made it clear that Clarks are his preferred shoes when he is on the campaign trail. So when he turned up in the House of Representatives in a pair of green Desert Clarks, it was clear that Bro Gad, as he is called, was about to give the green light.

"Clarks is an iconic brand that has widescale acceptance among Jamaicans of all walks of life. It's comfortable and aspirational, which is unique. It is truly a multifaceted brand," commented Government Senator Matthew Samuda.

Samuda, asked by THE STAR about the significance of the Clarks in the campaign, said "Much like the PM, the conscious, strategic leader who the youth affectionately call Bro Gad, wearing the green Clarks is an acceptance of this multi-dimensional role of leadership for PM Andrew Holness. It's an acceptance that he will help Jamaica step into the future, stronger".

Holness' entry into the House yesterday caused an uproar on the government benches but the People's National Party (PNP) supporters that he passed outside were far from impressed.

"Andrew Holness need to talk to Dr Fenton Ferguson Clarks. Somebody need to lend him a real Clarks because da green one deh whe him a wear nah work," one PNP supporter said. "Him Clarks a mislead and a confuse di people dem and a confuse him own self. Might as well him just give up and wear an orange Clarks now."

Another PNP supporter jeered Holness, stating that he has more interest in the popular British-manufactured shoe brand than the country.

"Andrew time up and the Clarks nah save him. We nuh want him for no prime minister. ... Everywhere him deh, him a preach bout Clarks, and him nah put the country interest first. Him interest lies in the Clarks and it fake and wrinkle up like him," she said.

Holness first made his preference for Clarks known in 2015, when in the run up to the 2016 general election he used his social media platform to talk about the iconic footwear.

In January, Holness again showed off his liking for the boots as he placed party workers 'on their marks'.