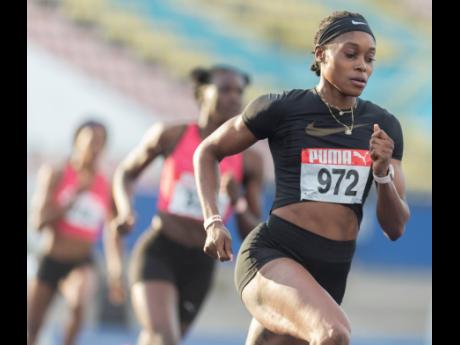 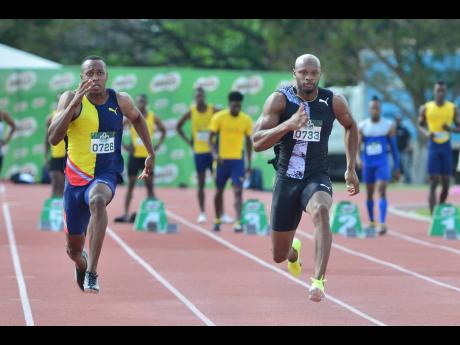 OLYMPIC double sprint champion Elaine Thompson Herah and Julian Forte will make their international track debut as both are down to compete in Rome at the third Wanda Diamond League meeting of the season today.

With travel restrictions due to the COVID-19 pandemic and with a large number of the Diamond League meets cancelled already this season, it will be a welcome return to the international circuit for the Jamaicans who will both compete in the 100m. Despite not being able to travel, both athletes have been busy on the local scene competing at the various Velocity Fest meets hosted by MVP Track Club, and both have shown good form throughout.

Thompson Herah will be the first of the two that will be in action today as at 1:05 p.m. Jamaica time, she will take the track and she will be the favourite for the win. With a season's best of 10.88 seconds done at one of the Velocity Fest meets, which sees her third on the World Athletics list behind countrywoman Shelly-Ann Fraser-Pryce (10.86s) and Great Britain's Dina Asher-Smith in first and second, respectively, Thompson Herah has the fastest time among her rivals. Switzerland's Ajla Del Ponte, with a season's best 11.08s is the next best in the field, with the United States duo of Aleia Hobbs (11.16s) and Kayla White (11.18s) behind the top two. However, Thompson Herah's best challenge could come from the Ivory Coast's Marie-Josee Ta Lou, despite her season's best time of 11.32s. She has, however, been one of Thompson Herah's fiercest rivals over the past three seasons. The Bahamas' Anthonique Strachan, a training partner of Thompson Herah at MVP, will also be among the starters, and will be hoping to improve on her season best of 11.46s.