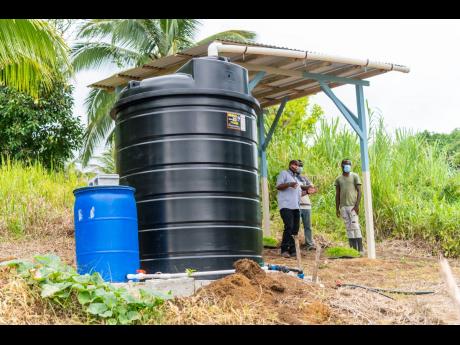 The rainwater harvesting system that was donated by Sean Paul Foundation and Food For The Poor Jamaica. 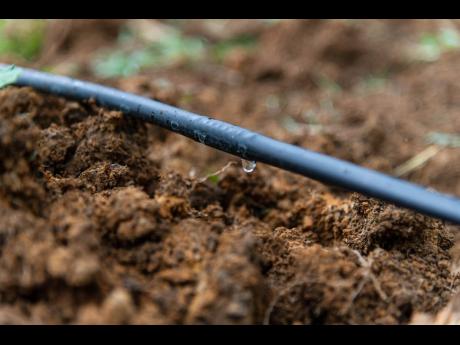 A part of the drip irrigation system. 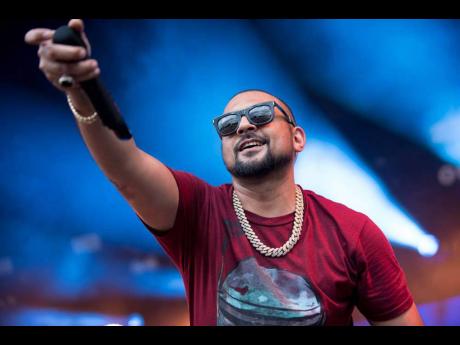 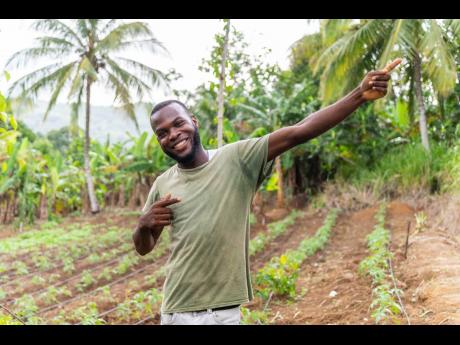 Contributed Photos Romaine Hall stands in his quarter-acre tomato patch, after a rainwater harvesting and drip irrigation system was donated to him by Sean Paul Foundation and Food For The Poor Jamaica.
1
2
3
4

Romaine Hall from Jeffery Town, St Mary, will have an easier time cultivating his crops this season. In fact, the 25-year-old farmer's water woes have ended with the official handover of a rainwater harvesting system from the Sean Paul Foundation (SPF) and Food For The Poor (FFP) Jamaica on Friday, September 11.

The soft-spoken former Tacky High School student has already been using his system.

"I have a quarter-acre of tomatoes here. But I have corn, yam, and have plans to plant string peas," said Hall. "I am very thankful to the Sean Paul Foundation and Food For The Poor for what they have done for me. I am a godly person, so I will plant and God will do the rest."

Hall is among farmers from each county who received a system for their quarter-acre farm, sponsored by the SPF and facilitated by FFP Jamaica. The other recipients are Livingston and Wangel Warner of Albion Mountain in St Thomas and Maxine Gordon of Fern District, St James.

Each system, valued at $315,000, includes a rainwater harvesting shed, a 1,000-gallon storage tank with a 55-gallon drum for the application of fertiliser and gravity feed drip-irrigation system.

Hall's system is already in use. After three days of rain, the tank is three-quarters full of the life-sustaining element.

"This is technology in use," said Nakhle Hado, FFP director of agriculture and fishing. "He does not have to come and water daily; instead, he will only have to turn it on. The system is already attached and it will go to each plant. The irrigation system is made to this farm's specifications to use five litres a day on average. He only has to monitor it when there are heavy rains."

Kivette Silvera, FFP Jamaica's executive director, said that the reach of the project is far-ranging.

"I can categorically say these rainwater harvesting systems will have a significant impact on small farmers. When you think about it, every year you hear about drought in Jamaica and farmers saying that they have suffered losses. If it is not raining, how can they water the farm?," asked Silvera.

She continued: "So, the rainwater harvesting with drip irrigation system that Sean Paul has donated to farmers across the island will have a great impact. They will now be able to not only catch water when it rains, but store it. Even when there is no rain, they can continue to water their farm, and now have the capability to purchase water."

Maxwell Roberts, president of the Rising Youth Small Farmer Association, of which Hall is a member, looked on with pride at the handover.

"Mi proud fi see what's happening for Romaine, because before this project, it [the farm] was nothing. Romaine lost crops of tomatoes, sweet peppers and string peas to drought," Roberts shared. "With this project, Romaine can farm right through the year. Before it [farming] would just be six months -- the last three months of the year and first three months of the next. The water tank and the drip system will go a long way. This system is his first achievement. It can push him forward, so eventually, if him want to expand after this, it will be easier."

Roberts said this system is an example for the other 11 members of the association.

"This will make us dig deeper, go harder and look more funding. We are still fighting to get a pump for all 12 of us 'cause it hard fi bring water pon we head. If we get a pump, we can easily full we tank and drum and go on farm."