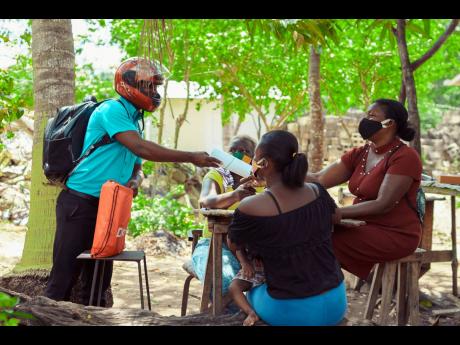 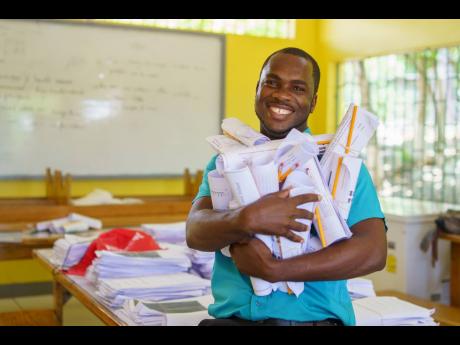 A bright smile from the Little Bay Infant and All-Age School principal, Keron King, as he prepares to deliver school work to his students.
1
2

Keron King, principal of Little Bay Primary and Infant School in Westmoreland, warmed the hearts of Jamaicans at home and abroad when he spoke with THE STAR in April about his decision to use bike taxis to deliver assignments to his students who were forced to stay home due to the COVID-19 pandemic.

Students across Jamaica have not benefited from face-to-face learning since March 12, two days after the first case of the virus was detected on the island.

Schools are set to open on October 5, but with the number of COVID-19 cases spiking, the Government has instructed that teaching and learning be done in formats other than face-to-face.

King is among the educators eager for the resumption of classes. "We have had one week of orientation for the parents, which included talks from representative from the Ministry of Health who spoke to them about the virus itself and protocols and so on. We also used the opportunity to issue the textbooks. We also teach the parents about the new virtual platforms and have workshops," he said.

For those students who do not have access to the Internet, King said there would be printing kits and worksheets that will be delivered to the parents for the children.

"We will also be providing satellite internet so we are setting up access points over the campus and in different sections of the community, so the parents and children can access the Internet. No one will be left out. We are trying to make learning as comfortable as possible and family oriented. This satellite was sponsored by Cornerstone Jamaica," he said.

In addition to the Google Classroom platform, Little Bay students will also be engaging in the Edufocal portal to teach students. "We have 196 students on roll and all the students in grade four to six have access to Edufocal. We will also be using the bike taxi initiative to check up on the children. There will be a breakfast programme for some of the kids as well. We are ensuring that our children are learning in a comfortable environment," he said.

King stated that April's article in THE STAR impacted the institution in a positive way. "Everyone spoke about THE STAR and even when the prime minister visited he said that was where he first saw the article. He also, through his foundation, made a contribution to the school," he said.

The school recently benefited from $300,000 grant from the Digicel Foundation which will go towards the completion of a reading room on the school premises.

King said that the onset of COVID-19 has made the reading room even more needed.