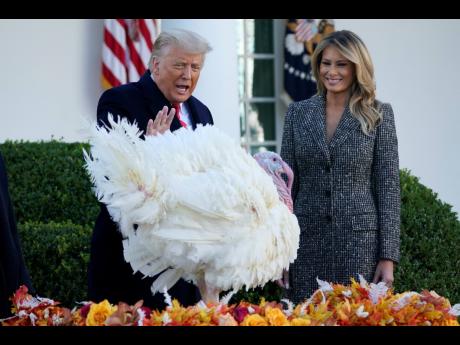 President Donald Trump pardons Corn, the national Thanksgiving turkey, in the Rose Garden of the White House on Tuesday. 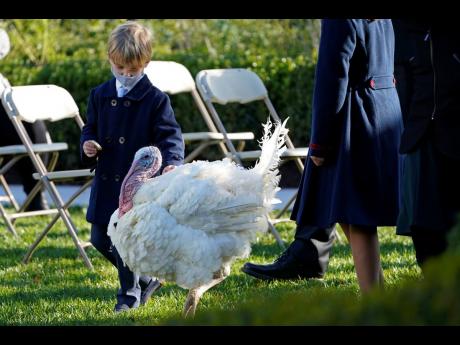 Theodore Kushner, grandson of President Donald Trump, walks with Corn, the national Thanksgiving turkey, in the Rose Garden of the White House on Tuesday. 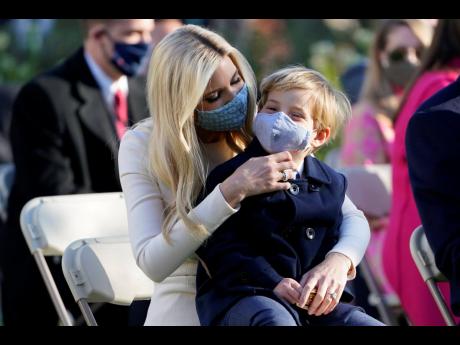 Ivanka Trump, assistant to the President, sits with her son Theodore Kushner, as they wait for President Donald Trump to pardon Corn, the national Thanksgiving turkey, in the Rose Garden of the White House, Tuesday, Nov 24, 2020, in Washington. (AP Photo/Susan Walsh) 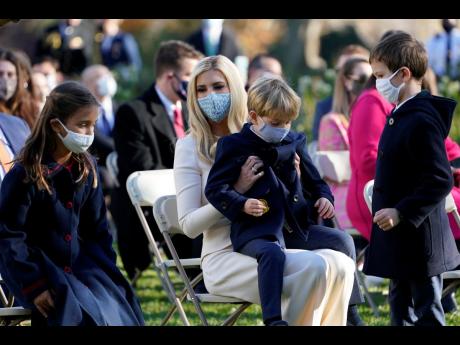 Nostalgia was in and jokes were out Tuesday as President Donald Trump offered a reprieve to a pair of meaty turkeys at the traditional Thanksgiving turkey pardon ceremony at the White House.

The National Turkey Federation presented the White House with two birds, Corn and Cob. Corn was declared the national Thanksgiving turkey, though both will retire to a new home on the campus of Iowa State University.

It's not the first time the typically light-hearted turkey pardon ceremony has taken place in a tense time for the nation.

This time, the ceremony came amid a global pandemic and as Trump refuses to concede he lost his re-election bid. In his remarks, Trump cited the vaccines that could soon receive emergency approval from US regulators.

"We give thanks for the vaccines and therapies that will soon end the pandemic," Trump said at one point. He did not reference the recent surge in confirmed COVID-19 cases in many parts of the country.

The turkey pardon ceremony came just a few hours after President-elect Joe Biden announced his national security team and emphasised the need to work with allies. Trump worked into his remarks a familiar refrain of his presidency: "America first - shouldn't go away from that," he said.

The practice of sending a turkey to a farm became the norm under President Ronald Reagan. George H.W. Bush established the annual turkey pardon tradition in 1989 by sparing a 50-pound bird as animal rights activists picketed nearby.