Look out for Man a Yaad, again 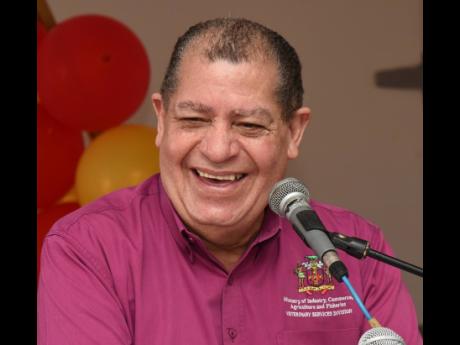 Having got his voice back, political powerhouse Audley Shaw has served notice that he will soon revert to the powerful presentation style for which he is known.

The Minister of Industry, Investment, Commerce, Agriculture and Fisheries recently underwent a four-hour surgery in the USA to correct damage that was done to his vocal chords during an earlier operation.

"Now that I got my voice back, just look out for Man a Yaad again," he told THE STAR.

Shaw, had for sometime, appeared to be a shadow of himself, and his rather high-pitched voice had many questioning whether he should still be in the political arena.

The 69-year-old, who represents Manchester North East in Parliament, suffered damage to his vocal chords last year after he did four surgeries to correct another medical condition.

"A surgery was recommended to correct the problem, so I investigated very carefully and looked at whether we could have the surgery done in Jamaica, but my efforts were not successful," Shaw said.

The politician, renowned for his energetic and fiery speeches on political campaign platforms, said that he went to New York and saw Dr Lucien Sulica, an ear nose and throat specialist, who is a professor of otolaryngology at Weill Cornell Medical College, who concentrate mainly on the throat.

"He looked at my throat and said come back in a month, I am going to bring back your voice. I went back three weeks ago and he performed a four-hour surgery, which I was awake throughout," Shaw said.

The minister said that he wants Jamaicans to get access to the technology that was used in the restoration of his voice.

"I am going to be speaking with the minister of health in more specific terms about it because that technology dealing with this specific case need to come to Jamaica, we shouldn't have to go to New York to get it," he said.

"Once it exists, it is a matter of us learning and adopting the technology right here in Jamaica. That is something I intend to work on, based on my own personal experience," Shaw added.