Majestic Roselle Falls is more than just an attraction 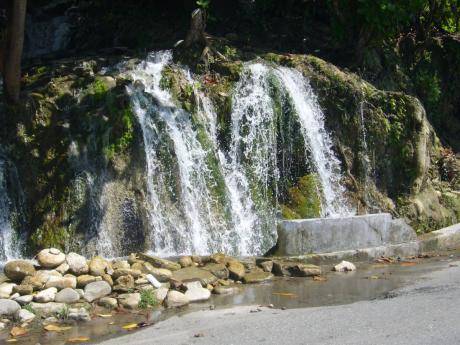 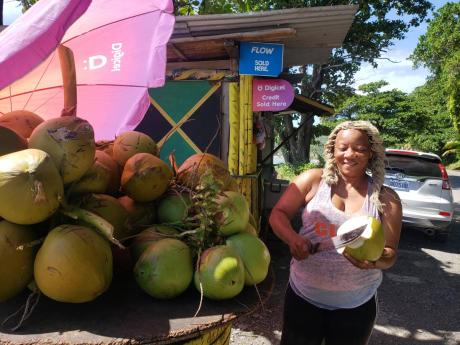 Annecia Lawson chops a cool coconut for a customer at her shop which is opposite the picturesque Roselle Falls. 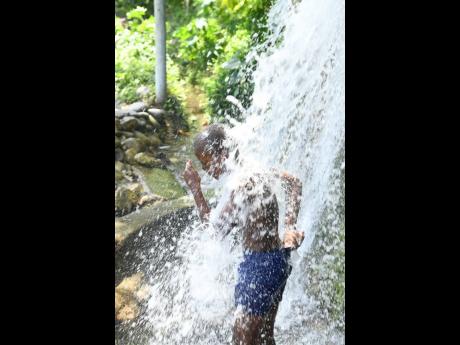 A youngster enjoys the water. 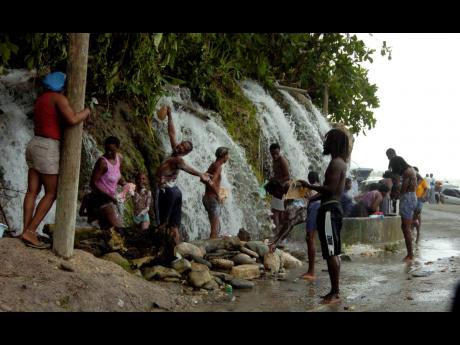 The Roselle Falls are a popular spot for many locals and tourists alike.
1
2
3
4

Neatly situated along the White Horses to Morant Bay main road in St Thomas is the Roselle Falls.

Overlooking the Caribbean Sea and carpeted by moss, the popular water stop has been a source of recreation, earning its place in the hearts of residents as one of the parish's quaintest attractions.

For some, it is an early morning refreshing shower or a Sunday evening chill spot, and for others, it is the root of their livelihood. Among them is Duhaney Pen resident Annecia Lawson who operates a small stall just a stone's throw away from the roadside waterfalls.

Describing its cascading beauty as the main driver of her business, she expressed satisfaction of her choice in location.

"I find that the falls is a plus to my business. A lot of persons come by, take pictures of it and the seaside and end up at my shop to buy things," she shared.

Staring at the site as if noticing its splendor for the first time, Lawson gushed "It is so beautiful. On the left is the natural water and when you stand on the right there's the sea ... this is more than just an attraction here in St Thomas."

Lawson, who set up shop in the area just more than a year ago, admitted that despite residing in a neighbouring community prior to her relocation to Roselle, she had never experienced the glory of bathing under the falls.

"Sometimes I will be here just admiring its beauty and hear people going crazy over it and mi just get jealous and bring a suit guh hold a wash off," she said laughing.

The resident, who is now no stranger to the feel of the Falls on her body, described the experience as refreshing and therapeutic.

According to her "When you go under this falls and bathe it gives you a different energy. I have a friend that come from town every Sunday just to bathe there. Then he comes by the shop to have a few beers and chat then bathe again before he heads back into Kingston. This is really a miraculous water here... it's a plus."

A passer-by happily agreed to its grandeur.

"As children, the thought of going to the Roselle Falls brought lots of excitement to us. We have grown to see and use it as an attraction and just a good place to go and have a great time," he said.

Adding that the waterfall is more than just an attraction, a resident of Roselle, who gave his name as Antonio, shared that the fresh water oozing from the rocks has saved his family and friends many times when there is none in their pipes.

"A lot of times when we don't have any water at home we come here to wash and bathe. People all drink from it," he said.

The young man also revealed that its domestic benefits stretch beyond the community and the parish to the wider Jamaica as truck drivers who travel the length and breadth of the country often use the area as a rest stop.