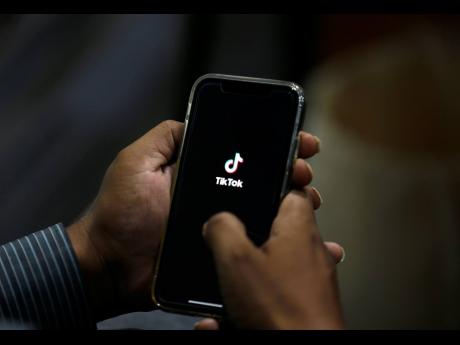 The woman, Nelly, told THE STAR that she said the wrong things in the video as her intention was to seek assistance for the purchasing of 200 chickens to start a small business.

In the 26-second video, the 35-year-old stares into the camera, introduces herself and says, "I am single and I am looking for someone who could take care of me and love mi for who mi is and not for who I'm not."

She then offers a kiss before saying "I love you."

But the feedback that she received was unexpected as the video has taken off on social media like wild fire.

"Is five children mi have and three of them live with me. I am not really looking a partner, I am looking help," she said.

"The amount a man reach out to mi, I can't count. Probably a 100 man reach out and is bare nasty stuff they are saying. They are asking where I could meet them and give me a money for some sex but I tell dem no," she said.

Nelly told THE STAR that she did not understand how the social media site operated and asked her nephew to create an account for her.

"I can't read and mi nah understand dem tings deh, and mi never did a consider say I should never put up that at all. A shouldn't dat deh way deh mi do it. Afterward mi a say mi should just ask fi help the right way, but dat time it done gone already."

Nelly has since removed the video from TikTok, a platform on which she has 81 followers. However, it has already began circulating on other sites. The mother of five said that she is currently single and doesn't have a steady job, but sometimes assists farmers in reaping their produce.

"But it nah happen often," she said. As she continues to receive calls daily, she said she may consider hopping on the dating train.

"If I meet someone who means mi good, I would consider having a relationship with them. A meet one person who said him a go help mi but mi nah know if it a go happen fi true. But I'm still looking out," she said.