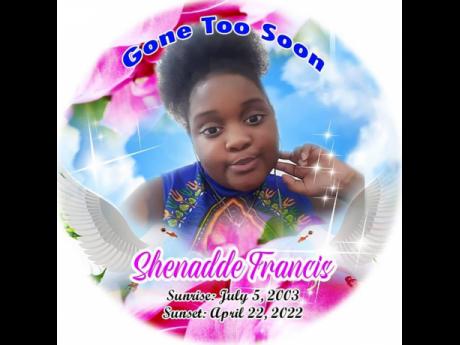 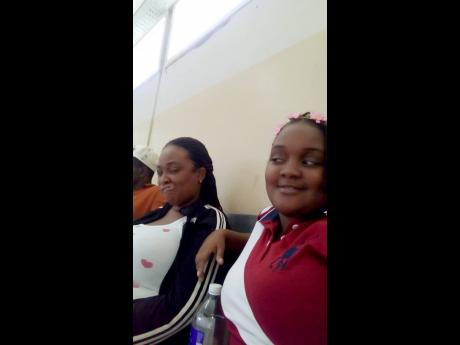 Nicola Patterson always knew that her daughter Shenadde Francis, who was diagnosed with a chronic illness at age five, could be taken from her at an early age, but was still unprepared for the loss.

Shenadde, 18, passed away on April 22 after a 13-year battle with human T-lymphotropic virus type 1, also known as human T-cell leukaemia virus type 1. It made her oxygen dependent from the age of six. To make matters worse, Patterson is now contemplating how to afford her daughter's funeral.

"My main issue is just to get some help to bury her 'cause it really hard for me. I'm just trying to reach out to get some help to take care of the package at the parlour because them give me one month free. But di one month up tomorrow [today] so as of this week I gotta start pay for the storage fee," she said. "Mi miss her a lot. Right now the package fee is $300,000 so I wouldn't mind anything, nuh care how small it be. Once it can help towards it, I would gladly appreciate it."

Shenadde's condition dashed her dreams of becoming a visual artist, as she was unable to attend school enough to sit regional secondary examinations.

"Sometimes when she out of the hospital and she deh home and she like see students a pass guh school, she always say 'Mommy, mi wouldn't mind if mi coulda be like dem and go school and have a normal life'," she said. "She spent most of her life in hospital. If she's out of hospital for like a month, she would go to school. It was very weird if she spent all two months going to school."

Patterson says though it was difficult, they were coping well enough until Shenadde's illness evolved causing her lungs to have further difficulty filtering out carbon dioxide.

"So she could not inhale no form of smoke, no dust, certain strong cologne. Anything that's too strong, it flare it up," she said. The Monday before she passed away, Patterson said that Shenadde's condition flared up badly. She said that doctors instructed her to take Shenadde to the Mandeville Regional Hospital, where she could get transferred to the University Hospital of the West Indies (UHWI), her usual treatment facility. Unbeknownst to the Porus resident, she would not make it to the UHWI.

"Mi and har was having a conversation in the morning. I was talking and was saying 'Shenadde, bwoy I don't know how me woulda feel inah myself if mi pass off now and leave you'. And she say to mi 'Mommy, nothing nah guh happen to us. Can remember di two a we bad like that. So nothing not going to happen'. And I said to her again 'Shenadde if you fi pass off I doah know how mi ago manage'. But likkle did me know that that was the last conversation mi going to have with her," she said. Shennadde died later that day.

"I'm not coping at all because she was my friend. Di two a we share a special bond. Most of her sickness a just me and she spend most of her time at hospital with her. Yuh affi call it seh mi did live at UHWI with her so I don't know what home is like now. Most of the night mi cyan sleep. Doctor gi mi some tablet to get some rest but mi cyah really feed pon di tablet fi get sleep cause mi nuh wah become addicted to it," she said.