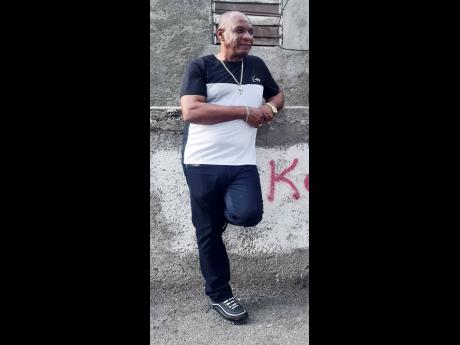 Elfreda Miller, 76, said that the news of Hines' death hit so hard, it caused immediate diarrhoea.

"From him come round here me and him tun friend," Miller said of the man who unsuccessfully contested the Southboro division for the JLP in 2016.

"Every Saturday morning him gimme $2,000 fi go buy mi medication because me trouble with pressure, and mi no know weh mi a guh do now that him dead," Miller added.

Hines was gunned down by unknown assailants on Marcus Garvey Drive in Kingston as he made his way home in traffic around 5:00 p.m.

Miller, who lives on Daniel Circle in Newland, Portmore, said that she was expecting to see Hines on Saturday.

"Him seh to me seh 'a when a your birthday again?'. Mi say 'the 28th, like Mr [Edward] Seaga', and him seh 'alright, Saturday yuh can come up at mi office'. And a dis a di birthday present mi get? Oh God!" Miller wailed.

"Weh Mr Hines do fi me, mi owna family nuh dweet. Mr Hines, God bless yuh soul! And the one who kill him a guh suffer. If nobody a guh mek him suffer, my eye water will mek him suffer. Mi nah lie to yuh enuh, not even mi foot mi wash from mi hear the news," the elderly woman continued.

She recalled an incident where the slain politician went out of his way to help her out on a matter.

"Mi see him and seh, 'Mr Hines, mi hungry enuh, and the likkle money weh mi have a fi buy di medicine dem'. Him turn to me and say, 'Tessa, mi no have no money right now, but nuh worry yourself, later me do something for you. Just listen out fi me'. Him come back wid groceries and a change and tell me fi mek it stretch because a borrow him borrow it from a friend, and him wouldn't able to give me anything until him pay back the friend. Mi love him because him never did affi do it," she said.