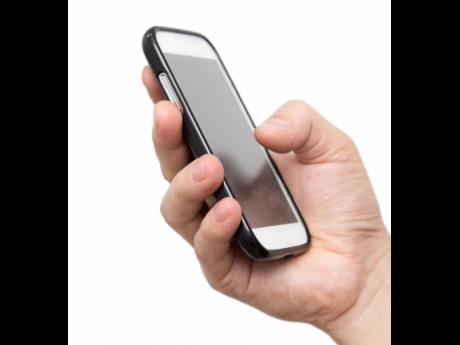 A senior parish judge was not amused by the disclosure of attorney Derrick Thompson, who, in a bail application, said that his client had lead sheets on his phone after they were accidentally sent to him.

"My instructions are that various multimedia items are sent to his phone on a regular basis. Some of them are received without him knowing. He was not aware they were on his phone," the lawyer told Senior Parish Judge Lori-Anne Cole-Montaque on Tuesday.

"You know, I have never been that unfortunate to have a lead sheet sent to my phone. This one is new now; lead sheets just get sent to phone. It just sounds out of reach. I have never heard of this one before," the judge said. Prosecutors asked that the accused, Giovani Johnson, remain in custody as there was a likelihood that he may reoffend should he be offered bail.

Johnson was later charged with being in possession of identity information. He pleaded not guilty. It was shared in the Kingston and St Andrew Parish Court that police conducted a snap raid in the St Andrew South Division, when the accused was seen at a property, which was subsequently searched. His iPhone 12 was also searched and in his 'Gallery', lead sheets were seen.

When he was cautioned, Johnson allegedly said, "Offica, a somebody send it to me."

"We know the devastating effects of lottery scamming. We know the bad reputation our country has. At a minimum, I know the CFCU (Communication Forensics and Cybercrime Unit) will not be ready, but I would like a preliminary report to know how many lead sheets were sent, perhaps by accident or without his knowledge, because I have never heard of that one," she added.

Cole-Montaque requested a preliminary report from the CFCU to find out the number of lead sheets allegedly found on Johnson's phone. A fingerprint order was made and Johnson was remanded in custody until July 19.