Sumfest first-timers excited to be on ‘prestigious’ festival 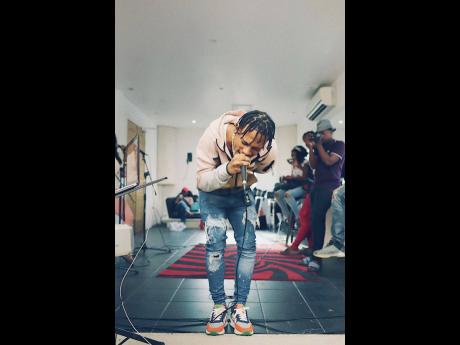 450 in rehearsal for his Reggae Sumfest performance. 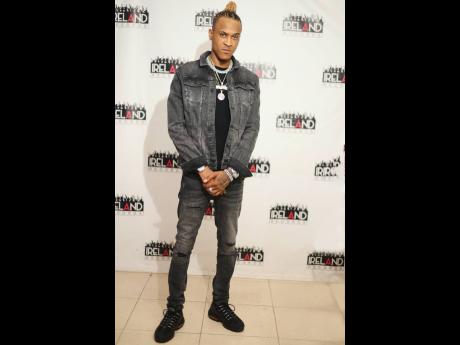 Gratitude and excitement are the consistent sentiments for first-time performers at the highly anticipated return of Reggae Sumfest today.

Slated for its staple Catherine Hall Entertainment Complex base in Montego Bay, St James, the two-day event will welcome performances by newcomers, like 450 tonight, and Khalia and Frass tomorrow.

450 made his music debut three years ago but it wasn't until he released the single Imperfection last year that he got his big break. The track deviates from cliched dancehall lyrics by giving an intimate account of his wrongdoings and flaws. He has followed up with tracks like Journey and Know Weh Ya Do, attracting millions of streams and catapulting him on tour in the UK and US. For 450, making his Reggae Sumfest debut is another testament of the fruits of his labour.

"It's a great opportunity to be a part of such a prestigious festival within the Jamaican culture," he told THE WEEKEND STAR. "I've been working hard with my career over the years, so I'm really happy to see that my work is showing. My fans can expect an energetic performance."

It's equally been a rewarding season for Jamaican-British singer Khalia, who received the Breakthrough Artiste of the Year Award from the Jamaica Reggae Industry Association in 2021. Since returning to Jamaica in 2016 to pursue her longstanding love for music, the songbird has built a solid catalogue of solo releases, from her relatable socio-economic track Easy, to collaborations like her feature on StoneBwoy's Hold on You.

Khalia is no stranger to gracing big stages, having toured with Alborosie in 2019 across Latin America and recently performing at London's City Splash Festival. She is excited about performing at Reggae Sumfest.

"This is a big deal for me," she said. "Sumfest is an iconic festival. So to be on the stage that so many greats have graced, and with so many great acts this year, it means a lot."

Another Londoner, Frass, has been making his name as a dancehall artiste underground before officially pursuing a career in 2015. Through the support of his Ireland Records team, he's been making a name for himself in the local circuit in music and on social media. Performing at Sumfest is something he described as a tremendous achievement.

"Sumfest a one of the biggest stages to perform on, even in the whole world, especially when it comes to the genre of music weh me a do. So, that's something big and something weh mi a look forward to at the same time," he said.