Nicholas Walters back in training for upcoming fight 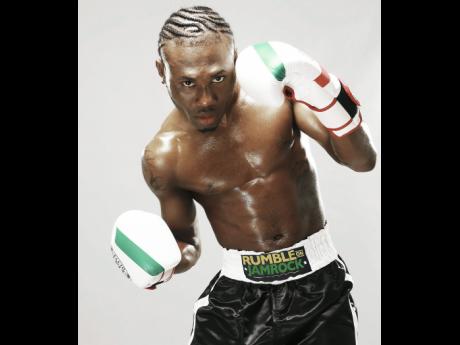 Former World Boxing Association Featherweight Boxing World Champion Nicholas 'The Axeman' Walters, who suffered the first loss of his career in November 2016 against Vasyl Lomachenko of Ukraine, in Las Vegas, said he is back in training and is excited about getting back into the ring after agreeing to a match this August.

Walters, who has been back in training over the past two weeks in Panama, where he lives, is back in Montego Bay, where he was born as he and is father Job Walters are attending the funeral of his stepsister.

"We have a fight lined up for August. The opponent is not yet named but we are in preparation for it," said Walters, who will return to Panama early next week after today's funeral.

"I'm very excited about getting back into the ring and doing what I do best. In boxing, you have to be active, so it's good to know that we're going to get a fight at least, because we were thinking about two fights for this year," he added.

Walters, who believes he lost his fight because of a long period of inactivity, told STAR Sports that things will be different this time around, as he has enough time to get into shape.

"Most definitely, I'm going to get into some shape. The last fight we only had about two months to get ready, now we have four (months). I'm going to be more conditioned and prepared, so we're definitely going to give the people something that they are looking for," said Walters, who pointed out that it will not be a title fight.