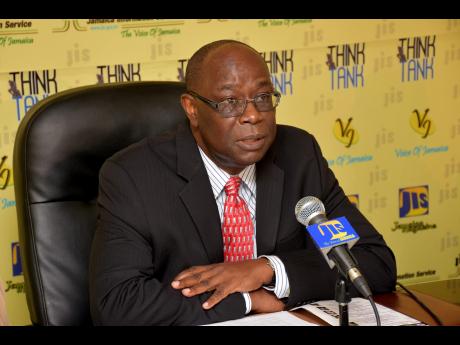 The 14th staging of the Betting Gaming and Lotteries Commission (BGLC) Emancipation Race Day promises to be the ultimate treat for horseracing enthusiasts.

Set for Wednesday, August 1 at Caymanas Park, BGLC has packaged a number of activities to entice and excite punters in addition to the 10-race card announced by racing promoter, Supreme Ventures Limited Racing and Entertainment Limited.

All eyes will be on the cadre of jockeys vying for the coveted BGLC Trophy for open-allowance horses over 1100 meters for a handsome purse of $1.5 million.

Competitors will vie for trophies named after stalwarts in the regulation of gaming. Among these is the Charles Randle Trophy for a purse of $870,000 - in honour of the Hall-of-Famer and former general manager of the BGLC and the Jamaica Racing Commission. The Josseth Grey Memorial and the Albert Rose Memorial trophies with purses of $500,000 and $600,000, respectively, will also be up for grabs. Races to celebrate the national holidays include the Emancipation Day Trophy for a $800,000 purse and the Jamaica 56 Trophy for $690,000.

"The annual Emancipation Race Day is a staple event for the Betting Gaming and Lotteries Commission, with our team members coming out to join racing fans from all walks of life for an exciting afternoon at the track," said Vitus Evans, executive director of the BGLC. "Horse racing has a rich history in Jamaica, and it seems quite fitting to celebrate this alongside the observances of another milestone event in Jamaica's history, Emancipation Day."

BGLC will treat the first 1,200 punters who make the journey to Caymanas with gifts and other surprises. There will be prizes for the male and female whose outfits for the day best express the theme for the Emancipation season - 'Bandana, be Bold with Black, Green and Gold'.

The usually popular and fun Gimmick Race will see 12 pairs of co-ed teams taking to the track seeking glory in the half-furlong (100m) race. Together, with the ladies as the jockeys and the gentlemen as the horses, the competitors will race for the purse of $120,000.