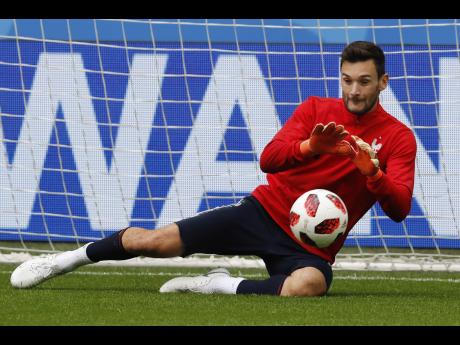 France captain Hugo Lloris will miss upcoming matches against Germany and the Netherlands because of a muscle injury.

The Tottenham goalkeeper, who did not play in his team's 2-1 loss at Watford on the weekend in the Premier League, has been ruled out of the two UEFA Nations League games this week.

France coach Didier Deschamps called the uncapped Benjamin Lecomte as a replacement yesterday. The 27-year-old Lecomte, who plays for Montpellier, is regarded as one of the most promising goalkeepers in the French league.

With Marseille goalkeeper Steve Mandanda also out injured, Paris Saint-Germain keeper Alphonse Areola is expected to make his first appearance on Thursday in Munich. France then hosts the Netherlands at the Stade de France on Sunday for their first home game since winning the World Cup in July.

Areola has been regularly called up by Deschamps over the past three years and was part of the World Cup squad in Russia.

"He has been improving constantly with PSG," Deschamps said. "He had a very, very good season and is now experiencing a new situation following the arrival of Buffon."

Areola established himself as PSG's No. 1 keeper last season but the arrival of Gianluigi Buffon has revived competition for the top spot.

With the exception of Mandanda and Lloris, Deschamps will be able to count on all the other players who won the tournament in Russia, including Antoine Griezmann, Kylian Mbappe and Raphael Varane. The trio failed to make the FIFA World Player of the Year shortlist yesterday.