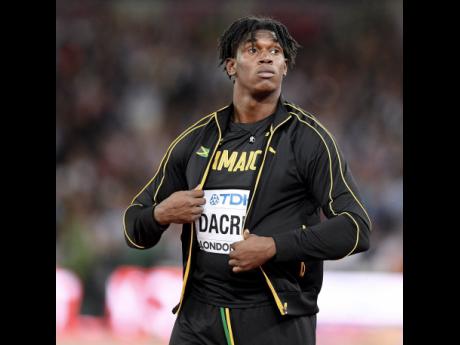 National record holder in the men's discus throw, Fedrick Dacres, has successfully undergone surgery to repair a torn meniscus in his left knee.

Dacres, who put together the best season of his senior career with multiple wins on track and field circuit, including the Diamond League Final, suffered the injury at a meet in Estonia in June.

"I did the surgery on Wednesday and it was successful," Dacres said. "What they actually did was trim my shredded meniscus."

The 24-year-old said he is expected to resume training in December and believes the operation will not reduce his chances of retaining his number one spot in the world in the event.

The former Calabar High School athlete, who has the national record at 69.67m, won several titles this year. At the Commonwealth Games, he threw a distance of 68.20m to win the gold medal. He threw 65.13 metres in June to claim his fourth straight national title, while carrying the injury to his meniscus.

He also won the North America, Central America and Caribbean Championships title before wrapping up the season by claiming the Diamond League trophy for his event.