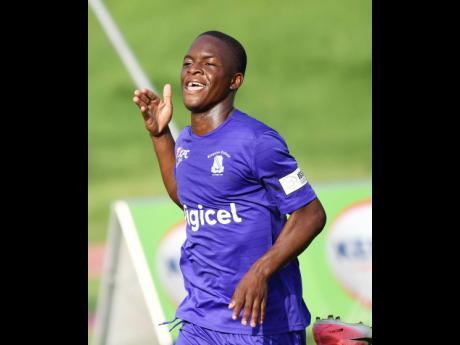 Donavan Germain, the manager of the Kingston College (KC) Manning Cup team, says the revival of the school's football programme over the past three seasons is not only aimed at ending their 32-year Manning Cup title drought, but to also provide an avenue for the boys to further their education.

"This is more than just football. We want the boys to get good grades so that they can get scholarships to further their studies in universities in America and position themselves to become better human beings," Germain told STAR Sports.

Five players who were a part of KC's team last year, which won the Flow Super Cup, took up scholarships to further their studies in the States and Germain is expecting more to do the same next year.

"The Old Boys have connections with universities and so we are guiding these group of players now so that when their turn come, they will be able to take up those scholarships," Germain said.

Without breaking a sweat, KC cruised through the first two rounds of this year's ISSA/ Digicel Manning Cup football competition, tallying a maximum 36 points out of the 12 games they have played.

But their doubters are unimpressed by their formidable form saying they will crumble at the crucial stage as they have done in the past two seasons.

"We would love to win the Manning Cup, but more importantly, we want these boys to become better human beings so that they can help themselves," Germain said.

After thrashing Cumberland High School 9-2 over two legs of their second round tie, KC are now grouped with North Street neighbours St George's College, Charlie Smith High, and Camperdown High in the Quarter-final round.