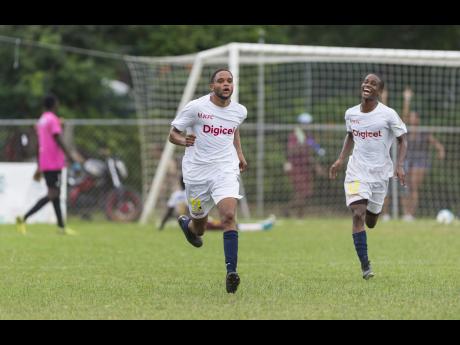 For the second straight year, St Andrew Technical High School (STATHS) is faced with the daunting task of stopping Kingston College (KC) in the semi-final of the ISSA/Digicel Manning Cup football competition.

Both schools are desperate to end their 30-odd year Manning Cup title drought. But KC is in dire need of this victory not only because they were beaten by STATHS last year in the semi-final, but also because they have been stopped at this stage of the competition in 2016 and 2017.

The Philip Williams-coached team was thrust into the path of the blood-thirsty Fortis men again when the eked out a 1-1 draw against Wolmer's Boys School in their final group game of the quarter-final round to book their spot in the semi-final as the runner-up of Group G.

They will take on KC, who emerged as 2-0 winners over Camperdown High School yesterday to top Group H.

And though Williams admitted that facing KC comes with added pressure because of the profile of The Purples, he told STAR Sports his side will be focusing on their strengths to get back to the final.

"Based on the results, you can see that KC is a very good team and they are coached by a very good coach, but we know what we are capable of and we are going to be focusing on that when we face them," Williams said.

Tajay Watson put STATHS in front in the 65th minute, but Elijon Wright ensured that Wolmer's shared the points in the 81st minute. STATHS, who was on three points and only needed a draw, was quite content with the results.

"The objective was to qualify for the semi-final. We had one foot in based on our win over Trinity but today we definitely had to come out here to make sure that we control our destiny and that is what we did," Williams said.

JC quest to win six straight Manning Cup title is still alive as they have also booked their spot in the semi-final after beating Holy Trinity High School 2-1.

They will take on St George's College who beat Charlie Smith High School 2-1 to secure the runner-up spot in Group H.

The semi-finals are scheduled for November 13.