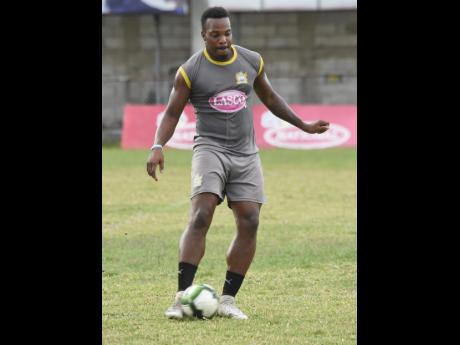 Last year's beaten finalists Waterhouse FC are sitting in the middle of the Red Stripe Premier League (RSPL) table, but seasoned veteran Shawn Lawes believes they are positioned in the right spot to make another sprint to the play-offs, like they did last year.

"Last year, we made a run from January and we ended up in the finals, so we are taking comfort in that because we have proven that we can do it," Lawes said.

He attributes his team's inability to put together a series of consistent games to the number of new players who came in last summer.

"The team is new because a lot of players came in the offseason, so we are still learning to play with each other," Lawes told STAR Sports.

The 25-year-old Lawes is yet to make his first appearance this season, due to a hamstring injury. But he believes his return will also inject some impetus into the side.

"I have been here a while now and I know how we are supposed to play, so when I return, that should help to boost the team," Lawes said.

Waterhouse will play away to UWI FC on Sunday, but Lawes will not make his return until the next home game when they will challenge Portmore United in a rematch of last season's final.