Swaby signs for AS Roma Women 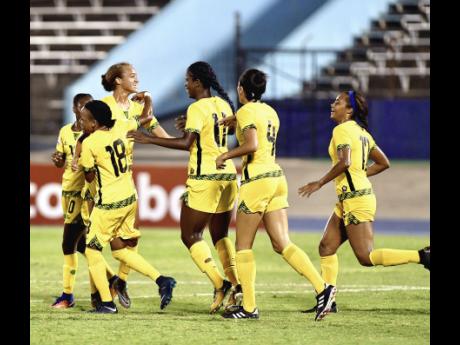 National senior women's team defender Allyson Swaby has announced via social media yesterday that she has signed a contract with Italian outfit AS Roma.

Swaby, who helped the Reggae Girlz to qualify for their first ever FIFA Women's World Cup last month, will join her compatriot Trudi Carter, who has already made her debut for the Italian side.

"I'm very excited to announce that I will be joining AS Roma for the remainder of the 2018-19 season," Swaby's Instagram post read. "I am thrilled to be playing at such an historic club as they work to expand women's football. This is an opportunity I am so grateful for and I cannot wait to get started."

Many pundits believe the floodgates for women's football in Jamaica is now open as their historic qualification for the World Cup came at a time when the women's game is being professionalised in Europe.

AS Roma, Liverpool, and Manchester United, among others have formed professional teams this season, and the Reggae Girlz's qualification to women's football flagship tournament has thrust them under the spotlight.

The FIFA Women's World Cup is scheduled for June 2019 in France.