Johnson to retire at season's end 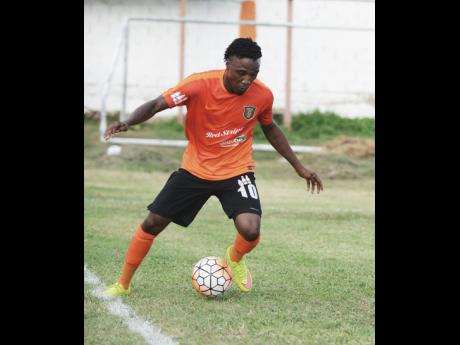 Even though he feels he could go on for another two years, Jermaine 'Teddy' Johnson plans to call time on his football career at the end of this Red Stripe Premier League season.

"I plan to stop after this season, but my mind and body are telling me two different things. I feel I can still play," he said.

Johnson, who made his senior debut for Tivoli Gardens FC back in 1997, has been struggling to regain full fitness after a knee surgery in the off season.

But he is willing to endure the gruelling pain in order to hold his spot in the team so that he can lend his experience to the young 'Gargenists.'

"I think that there is just so much talent here in Jamaica that is not being fostered properly to make it big in football," he said. "I am not hearing of any Jamaicans moving to Europe like in my time, and even in my squad, I think guys like Tevin Shaw, Howard Morris, and Colorado Murray can make it to Europe."

Johnson made his first move to Europe in 2001 when he joined Bolton Wanderers. He was loaned to Oldham Athletic between 2003 and 2006 before returning to Tivoli. He went back to Europe in 2007 to play for Sheffield Wednesday until 2014, then returned to Tivoli in 2015.

"I think a lot of these players have the natural ability to play in Europe, but what they are lacking is the discipline and the professionalism. This is one of the reasons I am staying in the league. I want to show them how to approach football as a professional, because our league is not really professional," Johnson, who has 73 caps for the Reggae Boyz, said.

Along with lending his experience to the younger players, Johnson is hoping to add one more silverware to Tivoli's trophy cabinet. "The only trophy I won with Tivoli was the title back in 1999, so I would love to win this one," Johnson said.

For that to happen though, Johnson's team needs to become consistent, as they have fluctuated in the top half of the league since the start of the season.

Currently, they are holding the final play-off spot (sixth in the standing) with 20 points. Humble Lion are breathing down their necks with 19 points.