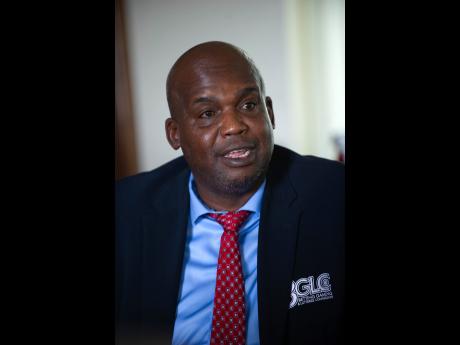 Maurice Thompson, director of Licensing and Registration at the Betting, Gaming and Lotteries Commission (BGLC), has warned against illegal betting on local sporting competitions, as sport betting comes with serious implications.

The warning came after it was revealed that a local betting agency has been running bets on the Red Stripe Premier League.

Thompson, who was speaking at a Gleaner Editors' Forum yesterday, said that the BGLC has not approved betting on any local sporting competitions.

"If there is betting on the local Premier League, then it has not been approved," Thompson said.

STAR Sports understands that betting on the Red Stripe Premier League is administered by at least one betting agency locally.

When a member of our news team showed up at one of the agency's outlets in Cross Roads, St Andrew, yesterday, a cashier admitted that bets are usually placed on the RSPL matches, but none were on the cards for yesterday's round of matches.

"There is a link between betting and the criminal underworld.

We don't want any other criminality in Jamaica anywhere, especially in sports. Sports betting can put the players at risk and we don't want to expose these players without them having the proper training on how to handle themselves in these circumstances," Thompson said.

However, Thompson has plans to regularise local sporting betting, as he believes that local sports could benefit tremendously from it.

"There are huge financial benefits that can be gained from betting for the (sport) organisers," he said.

Michael Ricketts, president of the Jamaica Football Federation, is ready to use sport betting as an option to generate income for football, but also wants regulations to be put in place to protect the integrity of the sport.

"There has to be some regulations because it might encourage people to throw games," Ricketts said. "But I think it is the way to go, and we wouldn't have a problem if we can regularise it."