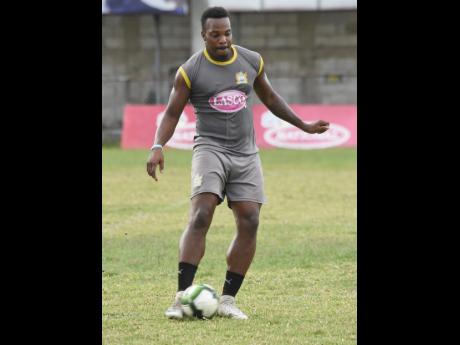 Waterhouse FC centre back Shawn Lawes brought smiles to the faces of more than 100 homeless Jamaicans on the streets of downtown Kingston and Half-Way Tree by feeding them on Christmas Day.

Lawes, who grew up without a mother and believed the ordeal could have easily caused him to become homeless, raised money for the fourth consecutive year to ensure that the needy are fed on a day when happiness is celebrated more than at any other time on the calendar.

"I do it in Easter as well, and the truth of the matter is that I would love to do it at least once per month, but I don't have it like that," he explained. "Some of these people regularly go a week without a proper meal, and to be able to provide that for them for at least a day brings joy to my heart."

The Jamaican international, who has never seen his mother, developed his compassion for the poor because he sees himself in them. He told STAR Sports that he knows a lot of youngsters who ended up homeless because of poor parenting, or none at all.

"Whenever I see them, I always think that this could easily be me, and so I have to do my best to continue to help them," he said.

Lawes said that he would one day want to extend his outreach programme beyond Kingston and is calling on corporate Jamaica to make this a reality.

"Kingston is just the tip. I would like the feed homeless people all over Jamaica, but it is expensive and sometime I just don't have enough help," he said. "I got help from my club, the president (Donovan White), and some of my teammates, but I would want a big company to come on board and help me make this thing bigger," he said.