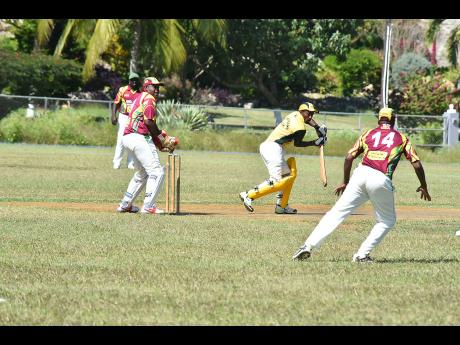 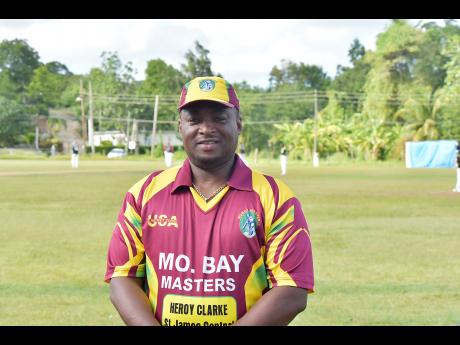 Heroy Clarke, member of parliament for Central St James, is optimistic that the Western Masters cricket competition will ring back the passion for the gentleman's game in the western region.

"We have been playing the Michael Holding over-45 competition... but that is played in and around the last two weeks in October, and then we don't have any more cricket unless we play what we call a 'curry goat' match. It is out of that Chester Stirling, Leslie Talbut, Dixeth Palmer and myself came together and say, 'we need to start playing some more cricket'," said Clarke.

"We realised that the cricket is dying. School plays some amount of cricket, yes, but even so, the youngsters are not approaching the game the way it ought to be played," he added.

"We came to the conclusion that rather than ask the youngsters to come out and play, we would play and have them come out to see what the game is all about, also getting a sense of how enjoying the game can be to get a sense of them getting back to playing the game."

Clarke was speaking at Sunday's first round of double-header matches in Dumfries, St James, where Westmoreland Masters registered a four-wicket win over MoBay Masters and Ultimate Masters beat Discovery Bay by three runs in a nail-biting encounter.

In the first game, MoBay masters batted first and reached 89 all-out inside their 20 overs. Roy Williams top-scored with 27.

In reply, Westmorland reached 93 for six in 18 overs, with Palmer top-scoring with 39 runs. Roy Williams, two for 17, and Sterling, one for eight, got best figures for MoBay.

In the second game, Ultimate Masters batted first and posted 163 for six in 20 overs, with Howard Harris top-scoring with 47.

Discovery Bay replied with 160 for nine in their 20 overs. Their total was built around a masterful 70 from Michael Thomas.

Bowling for Ultimate Masters, Lascelles Davis got three for 25 and Leslie Talbot, two for 15.