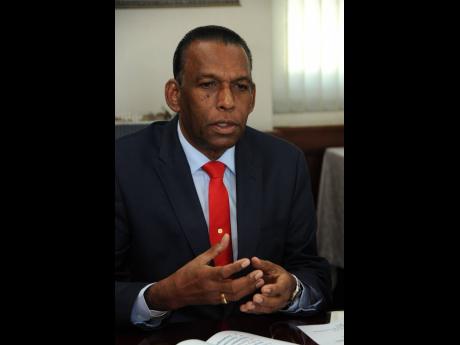 Wilford 'Billy" Heaven, who yesterday secured a third successive term as president of the Jamaica Cricket Association (JCA), says his immediate focus is to bring all factions together, after an election campaign that at times carried a testy tone.

Heaven got the better of former Jamaica cricketer and long-time Melbourne Cricket Club president, Mark Neita, by 62 votes to 37, during the association's Annual General Meeting, at the Medallion Hall hotel in Kingston.

The CHASE Fund CEO told STAR Sports that the result was a reflection of the positive strides being made by the association.

"The majority of delegates believed that change was not necessary," Heaven said. "There are some projects we want to roll out to ensure that the JCA can be sustainable on its own resources. We need the support of everyone and that is the first order of business, to get everyone back on the same page for the benefit of Jamaica's cricket."

Both men had traded words publicly since Neita announced his candidacy in early January, with a particular disagreement on the management style favoured by Heaven's administration, with Neita advocating for a more "hands-on" approach. Heaven, however, was intent on looking forward, expressing his plans for his upcoming term.

"I have been thinking seriously about the appointment of a sport psychologist," Heaven said. "Looking at the talents we have, when you put them together as a team, I don't see any reason for this level of performance. As they say, cricket is played above the shoulders. So we need to work not only on the physical strength and fitness but mental strength and fitness."