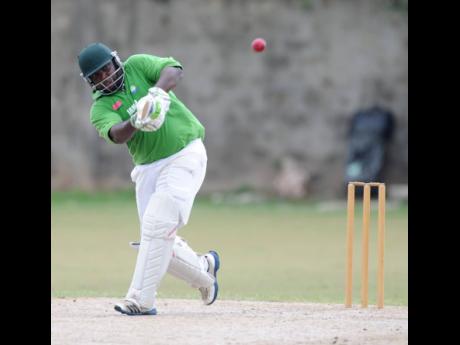 The former Jamaica captain, now a coach at St Thomas Cricket Association, was named as one of the tournament's official ambassadors and said there are key values that youngsters looking to do well in the game need to understand, and he is on board to impart it to them.

"I'm really excited for the SDC and for Wray and Nephew to really come on board," he said. "I think the Twenty20 is an exciting format, especially in Jamaica.

"Part of my job is to really pass on some of my experience to some of the players in the SDC and really explain and tell them what is hard work, and believing in their own ability and putting in the hard work. If I can have a few kids do that, then I'll be happy."

Lambert expects experience to be shared not only by him, but by other seasoned professionals in the local game, which he said will benefit the respective communities taking part.

"Rovman Powell is part of the SDC, Andre Russell, once he's available," Lambert said. "They'll be playing SDC for their respective communities. So it's a very important competition. The communities really look forward to this time of the year where they go out there and showcase their skills. I, myself, am just looking forward to it. It's my first adventure on board with the SDC."