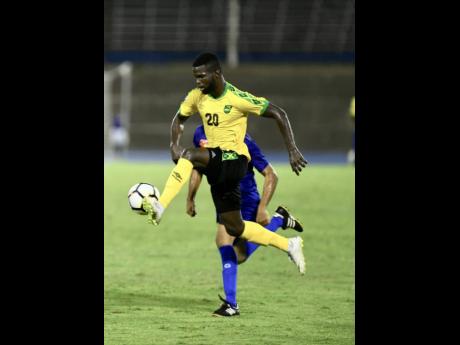 Lawrence ranted on his Instagram page after arriving for a training camp ahead of this evening's international friendly game against the USA, which will serve as their last game before the start of the Gold Cup later this month.

"Every time we come to national team camps, it's the same bullsh**t with the federation and it's unacceptable! No respect for the players what we are expected to perform at the highest level with the worst possible PREPARATION," the post read.

"Every time we come together to represent our great nation it is always an issue and the so-called leaders that we have don't care but they want results and trophies. So great people of Jamaica, we need your help because the people in power don't care about our football."

When asked about this social media outburst, Lawrence noted that these issues are not just a one-off but have been going on for the five years he has been in the national set-up and he is not hiding the JFF's shortcomings anymore.

"I've never been to a national team camp and when the team gets there it's just about football. It's always about something else. We reach where we suppose to go a day later than we expected. There is always an issue. What I've realised is that they rather bring 50 people from the federation and bring one massage therapist. There is a lot of issues." he told STAR Sports.

"Without these issues starting to get resolved, we won't make it to any World Cup, we won't win a Gold Cup finals no matter how much time we go. We want to play and win but we can't win if we are not fully focused. The conditions that we do this under have to be better," he added.

"Leon Bailey come on camp today and to hear us having these discussions he could not believe it was this bad. None of us expected a gold spoon in our mouths. We are just asking to be put in a position where it's fair enough for us to go out there and represent well. Make if we fail, it's our fault."

Efforts to contact the hierarchy of the JFF proved futile up to press time.