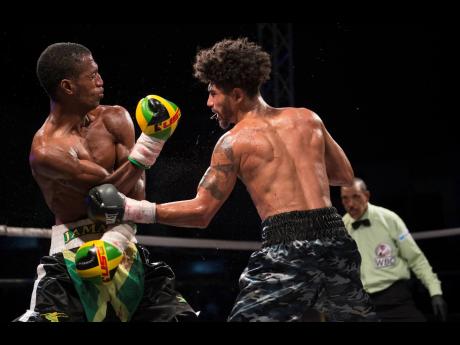 Toriano Nicholas (left) of Jamaica receives a hard left to the body by American boxer Carlos Dixon during the Gloves Over Guns fight night held at the Ambassador Theatre in Trench Town, Kingston, on Saturday, July 13. 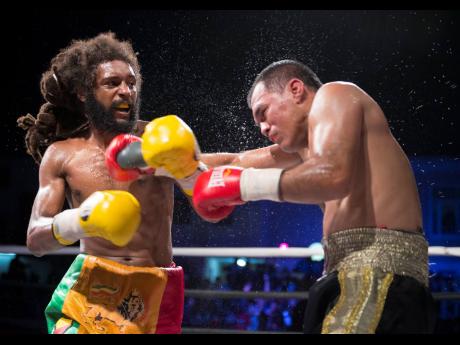 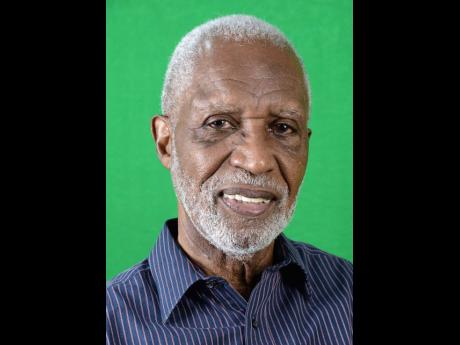 The Gloves Over Guns Night of Boxing last Saturday had a large spectator turnout and while many enjoyed the show, some patrons had complaints that the card did not have enough local star power. This was because the event held at the Ambassador Theatre in Trench Town, Kingston did not feature any of the popular local boxers many spectators had grown accustomed to seeing at these events, or in the Wray and Nephew Contender Series between 2011 and 2018.

Of the six competitors on the main card, Toriano Nicholas was the only Jamaican, based locally, while Headley 'Light' Scott, who resides in the United States is of Jamaican parentage. With this in mind, Jamaica Boxing Board general secretary Leroy Brown describes such concerns as "very strange."

"We had three fights, two of which had Jamaicans," Brown told STAR Sports. "One, a Jamaican who lives overseas (Scott) and has been wanting to fight in Jamaica for a very long time. We had another one of our promising lightweight boxers, Toriano Nicholas. So I find it rather strange that we had two Jamaicans on a three-fight card and for people to find a complaint about that."

With the Contender cancelled for season nine, there has been debate about how much this hurts local boxing, with concerns that regulars in the competition will now become largely inactive because of difficulty booking bouts. But Brown says there are promoters working hard to give these fighters an opportunity.

"Promotion depends on promoters," he said. "As far as I know, there are promoters who are trying to keep Jamaican boxers active. Chris Joy (head of I-Fight Promotions) has taken some of our Jamaican boxers recently to The Bahamas and gotten them fights there and he has another fight card and he has told us that several Jamaicans are gonna be featured on that. I think there's been a lot of activity. The Gloves Over Guns, having the boost of this heavyweight boxer from Russia (Vladimir Tereshkin), who was making his comeback, and they wanted to showcase him. So it was a double case of showcasing him and assisting the Gloves Over Guns project. Ronson Frank (Uprising Promotions president, promoter of last Saturday's event), said it is something that he believes in, because you can use boxing in a very positive way with the youths. So he was using that as a contribution to that cause."