Ricketts aiming for podium in Doha 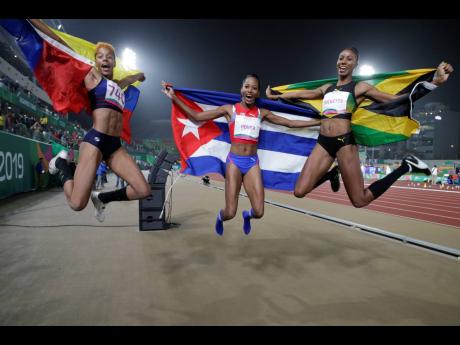 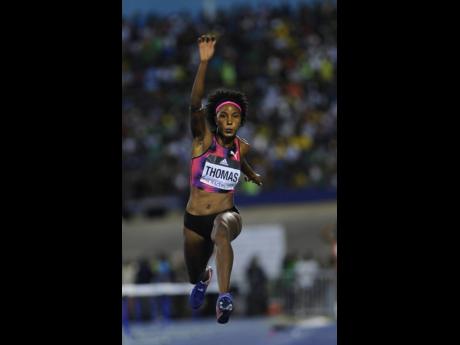 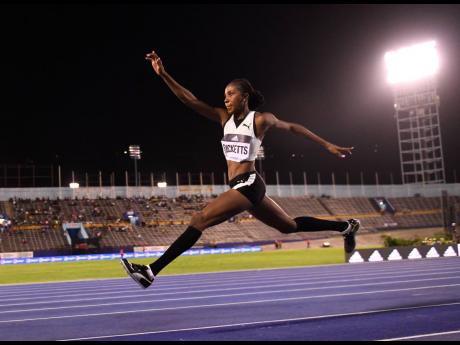 Jamaica's leading triple jumper Shanieka Ricketts says any medal will do at the upcoming World Championships in Doha. Speaking just after extending her personal best to 14.93 metres in a pulsating duel at the Zurich Diamond League final yesterday, Ricketts was delighted to win the US$50,000 first-place prize.

Pan-American Games runner-up in July, Ricketts led early with a first-round bounce of 14.58 metres before Venezuela's Yulimar Rojas edged past with 14.60. Ricketts moved forward to 14.72 in the third round only for the lanky World and Pan-American Games champion Rojas to grab the lead back with a final-round leap of 14.74 metres.

"Before the last jump I knew that I had a chance and I needed to take that chance," the 27-year-old Jamaican thought to herself, before producing the jump of her life, a 13 centimetre improvement of her lifetime best to 14.93 metres. The only Jamaican to jump further is 2005 World champion Trecia Smith. Now retired, Smith holds the Jamaican record at 15.16 metres.

"This is my first Diamond League win, and with a PB", Ricketts said, "I am so happy".

After getting a hug from her husband and coach Kerry-Lee Ricketts, she looked ahead to the World Championships. "At Doha, I do not care about the colour, I just need a medal," said the two-time World finalist. If she succeeds in her quest for the Doha medal podium, the honour will add to the silver medal she won at last year's Commonwealth Games and the NCAA titles she won for San Diego State University in 2013 and 2014.

In addition, it would be the first medal won by Jamaica since 2005 when Smith defeated Cuban great Yargelis Savigne in a Caribbean 1-2.

Compatriot Kimberly Williams, who won the Commonwealth gold medal for the second time in 2018, was seventh with a mark of 14.10 metres.