Reynolds got back at Mile Gully 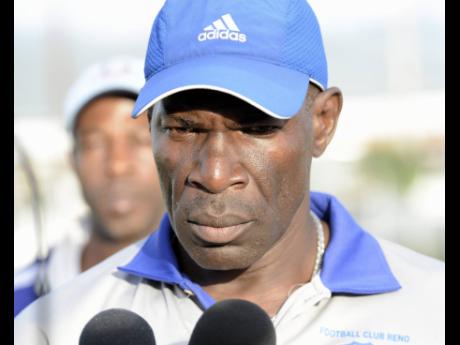 Manchester High School daCosta Cup coach Vassell Reynolds said Saturday's 5-0 victory over Mile Gully, who last year knocked out the school he was coaching out of the ISSA/WATA daCosta Cup, is a personal victory for him.

Last year, after beating the Barry Watson led Mile Gully 2-1 in Manchester, the Reynolds-led Rusea's lost 3-2 at home to embarrassingly exit the daCosta at the second round. Last year's exit came after he led the Lucea-based school to their 11th title in 2017.

"In a sense (personal victory), the fact that it was always from a psychological point of view in the back of my mind," Reynolds said. "I was disappointed in the way it happened last year. The fact that I realised this was a team I would meet in the preliminary round and we have to take all the games including Mile Gully important. Yes, it was somewhat a good victory for me personally."

Reynolds said apart from just getting back at Mile Gully, Saturday's convincing home victory was important to meet their short-term objectives.

"Separately from the fact that it was against Mile Gully who knocked out the team that I was in charge of last year. It was a continuation of what we had set out as our short-term objective which is to get a good start with some wins and top the preliminary group," Reynolds said.

"So, yes, it was always at the back of my mind but I don't think it impacted our preparation. I am pretty satisfied with what was a convincing victory."