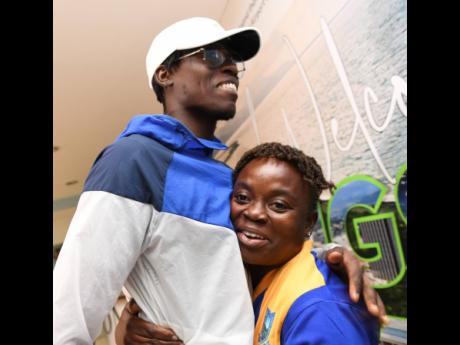 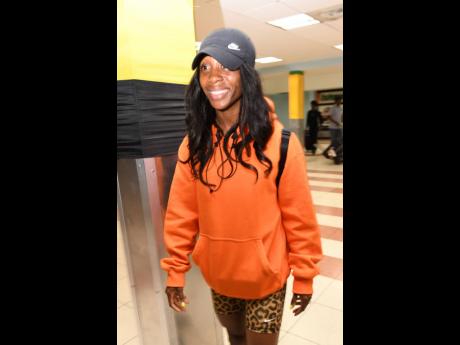 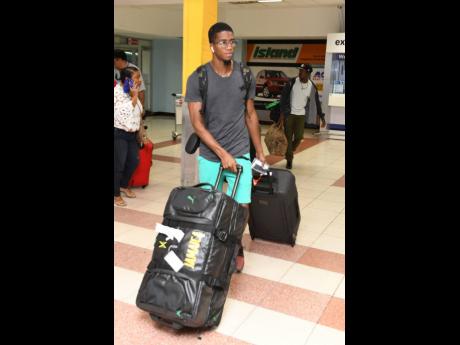 Demish Gaye at the Norman Manley International Airport last night after his arrival from the IAAF World Championships held in Doha, Qatar.
1
2
3

STAR sprinter Shelly Ann Fraser-Pryce arrived back on home soil yesterday with two gold me dals and the title of greatest female sprinter of all time after her latest exploits at the IAAF World Championships in Doha, Qatar. Pryce's first competitive season after giving birth to her son Zyon in 2017 could not have gone any better for her after her gold medals in the women's 100 metres final and the 4x100m relay. She said her long journey back to the top of the mountain has given her confidence going into next year's Olympic Games in Tokyo, Japan.

"Well this one is definitely memorable coming back from having my son and performing the way I did, I'm really happy for it," she said speaking to reporters at the Norman Manley International Airport last night. "It's been a long two years but to be able to do what I did is definitely something that has given me a lot of confidence going forward and I [will continue] to work hard. I'm still having my eye set on 2020 (Olympics)."

Her world leading time of 10.71 seconds blew away the field in the 100m final for her fourth World title, the most by any female athlete. The latest addition to her glittering resume has led former Olympic and world champion 400m champion American Michael Johnson to declare her as the best female athlete of all time.

But Fraser-Pryce isn't worried about her eventual place in the annals of female sprinting or the many declarations that have made putting her career into perspective. "I'm one of those sprinters that don't get really caught up in this 'greatest sprinter of all time'," she said. "I'm just more focused on performing at my best and making sure that every time that I step on the track that I give of my best 100 per cent. It's so weird. I don't get caught up with those other stuff. I'm more focused ... just continuing to work hard and continuing to put my best foot forward and superseding my own expectations."Also arriving home yesterday were long jump gold medallist Tajay Gayle, Shericka Jackson who won three medals at the meet (4x100m gold, 400m bronze and 4x400m bronze), Demish Gaye a 400m finalist and 4x400m silver medallist, Tiffany James (4x400m bronze), Stephenie Ann McPherson (4x400m bronze) and coach Stephen Francis.