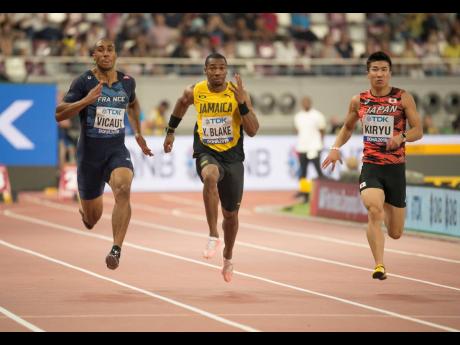 Yohan Blake of Jamaica competes in the heat of the men’s 100m at the 2019 IAAF World Championships in Doha, Qatar, last month. 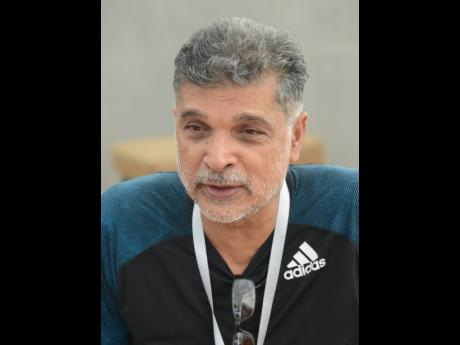 Jamaican sprinter Yohan Blake could be on the move again after doubts around the future of his relationships with coach Patrick Dawson surfaced, following the World Championships in Doha, Qatar.

There have been rumours that the 2011 World champion and Olympic silver medallist is considering another change in coaching, as he now turns his focus towards next year's Olympic Games in Tokyo, Japan.

Blake's Manager, Cubie Seegobin, when contacted yesterday, could neither confirm or deny the reports, saying that he has yet to meet with his client and decide on the next course of action.

"Honestly, I don't know. I wasn't [involved] in the process of hiring or [the] contracting of coach Patrick Dawson. I know that Yohan and I are supposed to have a meeting in the near future to discuss that aspect of his career. So I don't have a definitive comment as to what his decision will be," Seegobin said during an interview with STAR Sports.

Seegobin revealed that the majority of Blake's preparation for the World Championships was executed by the athlete, noting that Dawson did not accompany the sprinter to his London base, following the National Senior Championships in June.

Blake finished fifth in the final of the 100m in Doha in 9.97 seconds and failed to qualify for the final of the 200m metres event. He was also part of the Jamaica 4x100m team that did not advance to the final.

The 29-year-old did not hide his disappointment in Doha, but Seegobin said he is pleased with his client's return this season.

"Of course he's disappointed, of course he wanted to win a medal. He worked very hard this year under adverse circumstances," said Seegobin.

"Most of the time he was basically coaching himself. He was in Europe all summer long doing workout's with his therapist and he wasn't getting any supervision by a physical coach being there with him. And I think even during the World Championships, he was doing some on his own. That in itself tells you about his talent and how much he has achieved."

Meanwhile, Dawson, who is also based at Racers, took over coaching responsibilities for Blake in January after former coach and Racer's Track Club president Glen Mills parted ways with the former St Jago standout.

Since joining Racers in 2009, Mills has guided Blake's development, which has yielded his greatest achievement to date, becoming the youngest World 100m champion at the 2011 World Championships in Daegu, South Korea. Under Mills, he set personal bests in the 100m (9.69 seconds in Lausanne 2012) and in the 200m (19.26 in Brussels in 2011) ranking him in the all-time top two in both disciplines.

Blake has already decided to concentrate solely on the 100m for next year and Seegobin is confident that he will be able maintain his top-five world ranking and also continue challenging for World and Olympic medals.

"Personally, I am very proud of him, and as long as he remains in the top five in the world, I think he is doing what he is supposed to do based on where I know he's coming from," Seegobin said. "I think he made great strides this year coming back, and I just hope father time or mother time does not catch up with him before he gets back to a certain level where people are happy."

Dawson has coached at the IAAF High Performance Centre in Kingston and has worked with the likes of Zharnel Hughes.