This could spark a paradigm shift- Francis 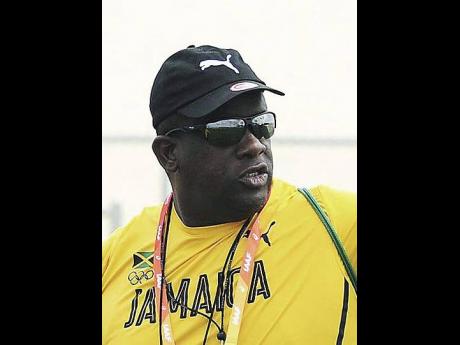 World Athletics, formerly the IAAF, decided to slash four events from one of their flagship events, the Diamond League, last week and the move has angered many players in the sport.

So peeved were some athletes, coaches, and even fans, that they have initiated an online petition calling for the sport governing body to retract the decision.

But at least one local coach believes that the move could spark a paradigm shift that may be good for the sport.

Paul Francis, one of the coaches at the renowned MVP Track Club, said that the decision could enable other meeting directors to put together athletics meet that can rival the productions of the Diamond League.

"Diamond League is not the only meet available for athletes to compete in. It may be the most lucrative, but it is certainly not the only. I am never one to usually be too critical, initially, of decisions that are made by organisers or administrators," Francis told STAR Sports. "Every door that closes open a few more, so it might give others a chance to create their own type of meet which might be more exciting for the spectators and, over a period, grow into something more lucrative."

Following a survey, the Diamond League, with the hope of putting together an exciting 90-minute meet ready for television, slashed the 200m, triple jump, the discus throw and steeplechase from its main programme.

The 200m will be a part of five meetings but will not be featured in the Diamond League finals, while the discus throw and the triple jump will only be contested at two meetings.

Francis also doesn't share the views of some of his contemporaries who believe that cutting these events may demotivate athletes competing in these events.

"People competing in these events might be demotivated, but that is depending on their thinking. Athletes have differing threads of motivations. There are some athletes who are supported by their (athletics) associations and therefore don't focus on the circuit and just turn up for their National Trials and the global events (the world championships or the Olympic Games). And there are others who need to earn on the circuit, like Jamaican athletes who are not supported by their association," Francis explained.

Jamaican athletes Fedrick Dacres and Shanieka Ricketts, who won silver medals in the men's discus throw and women's triple jump at the recently concluded world championships in Doha, were outstanding in both events on the Diamond League circuits.

Dacres, who won the diamond trophy for his event in 2018, was placed third in the diamond race in 2019, while Ricketts claimed the Diamond League trophy for her event after winning the final in Zurich this year.