Trouble brewing at Excelsior ahead of Walker Cup final 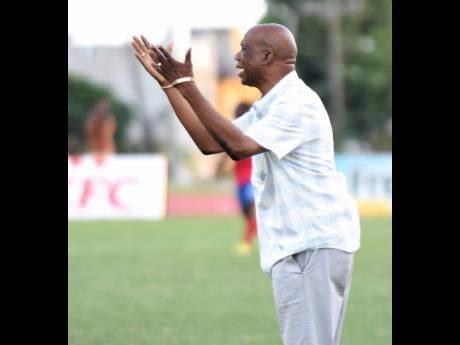 Leebert Halliman, coach of Excelsior High School, gesticulates to his players during their Walker Cup semi-final football match against Camperdown High on November 21, 2019. 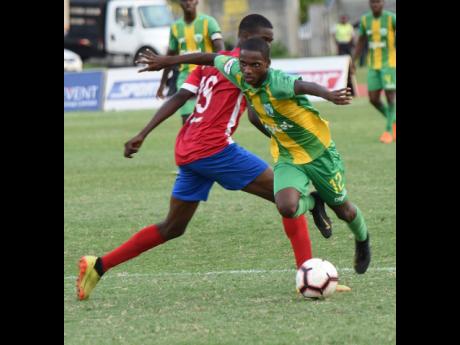 Interference, negative voices and power struggle were some of the phrases used by technical director-turned-coach of Excelsior High School Leebert Halliman, ahead of his team's ISSA/Walker Cup final against St Catherine High at the National Stadium today.

Halliman was in a dejected mood when STAR Sports contacted the veteran coach who said the team had their only practice session this week on Wednesday and he is fighting to get the players in the right frame of mind to play in their last competitive match of the 2019 season.

"From the start of the season there has been a lot of problems behind the scenes, I came into the programme as technical director late and since I took over as coach there has been a sports committee at the school that has been creating havoc with the youths in terms of interference, they basically want me to fail", said Halliman.

Halliman added that the nutritional programme has been woefully inadequate and this has severely hampered the team's preparation.

"They are feeding the players KFC and giving them energy drink and no water, this is not the ideal situation you want for your players, I am not even sure if my striker Flemmings (Jaheim) will play on Friday because he is struggling with fitness", Halliman added.

The veteran coach made it clear that some members were not keen on his disciplinarian ways, however, he says he will remain steadfast and do what is best for the players and the team.

"This is a school and not a football club and you can't treat the boys like they are professional players. The committee with their egos can't tell me who to pick and who to play. I am employed by the school and not the committee, no matter what happens on Friday, if the committee is there next season, I will be somewhere else", mentioned Halliman.

Halliman, who led the Mountain View-based school to Manning Cup triumphs in 2003 and 2004, won the Walker Cup title with Hydel High last year, ironically, beating Excelsior 2-0 in the final.