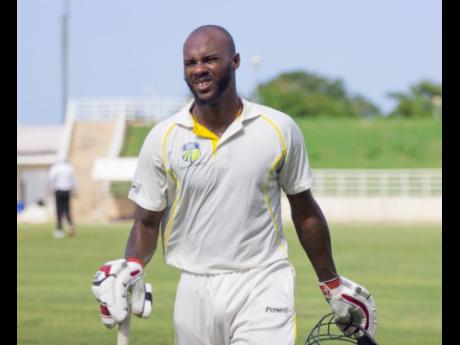 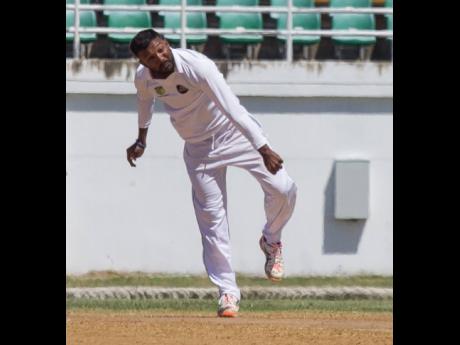 Jermaine Blackwood scored his fifth half-century of the season as the Jamaica Scorpions posted a modest 216 all out against the Guyana Jaguars on the opening day of their regional four-day cricket encounter at the Trelawny Multipurpose Stadium.

The right-hander hit seven fours in his 132 ball knock of 59 as the Scorpions who were asked to take the first strike, struggled against the left-arm spin of Verrasammy Permaul.

Blackwood shared in two useful partnerships on the slow and low pitch in the early exchanges. He added 58 runs with Nkrumah Bonner who made 15 and 38 runs with Denis Smith who got to 23 before he was bowled by off-spinner Kevin Sinclair who claimed two for two runs.

But it was the little dynamo Permaul who was the star on the day, as he began the demolition act after the Scorpions had got off to a decent start at 40 without loss in the 16th over.

When captain John Campbell was sent back by Raymon Reifer for 20, Permaul then went to work removing four of the top five Jamaican batsmen.

The pint-sized spinner bowled opener Alywn Williams and Paul Palmer for 12 and four respectively, then he had Bonner (15) and Blackwood (59) leg before wicket to leave the hosts struggling at 156 for five.

He then removed Jamie Merchant and Dennis Bulli for 16 and seven and then had the last man Nicholson Gordon caught at slip for 18 to finish with seven for 59.

The Jaguars openers then faced just two overs without the loss of a wicket before bad light forced the players off the field.